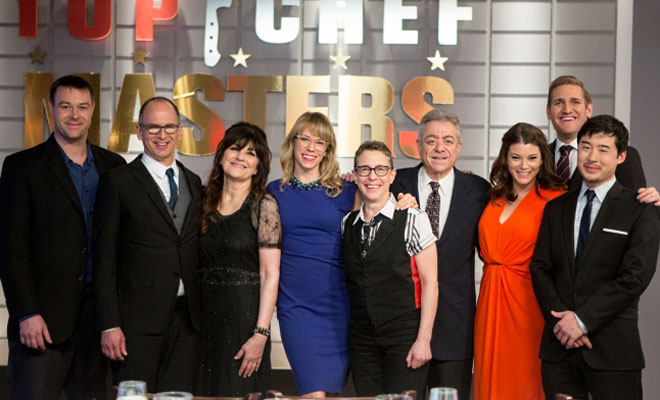 And last night marked the finale of Top Chef Masters Season 5 where—along with Ruth Reichl, Francis Lam, James Oseland, Alan Richman, Gail Simmons, and a ‘fancy hair’ version of Curtis Stone—I, your humble editor, was joined by fellow Angeleno Hadley Tomicki, former editor of Grubstreet LA and current editor at Urban Daddy. Welcome, Hadley! Another L.A. cameo? The gals from Lindy & Grundy, who made their second appearance of the season to provide some premium beef for Bryan Voltaggio.

In case you missed last night’s epic finale meal, I won’t spoil anything here. But for those four people who actually watch the show live (DVR broken?), you can read my perspective on the feast (including which dish provided my “Ratatouille Moment”) here at Bravotv.com.