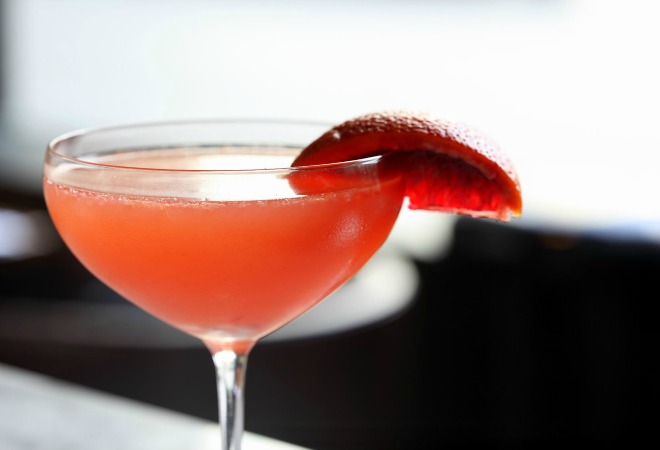 March Madness Drink Specials at STREET – through 3/30
The game is on at STREET, where Susan Feniger and Company are cheering on NCAA March Madness with a drinking game and drink specials. Hoot and holler (or groan) for your team at the bar, while a special STREET grid determines the day’s drink specials using each game’s final score. The reduced prices ($1 to $8, depending on the match) apply to regularly priced beer, elderflower sangria, and cocktails such as tequila tamarindo. More Information.

The Salon at Osteria La Buca – 3/28
Osteria La Buca is launching an exclusive monthly dinner party this week called The Salon, held in the private pasta room of the Italian eatery. The $30 menu is all you can eat or drink. The one hitch? You have to be invited. Whether a creative type, entrepreneur, or scientist, you might fit the bill. Osteria La Buca is looking to support diverse intellectual conversation—oh, and pasta gorging. Prospective guests should RSVP by email to salon@osterialabuca.com, stating their case as to why they may be the perfect Salon guest. The applications can be in the form of a poem, screenplay, recipe, or any other type of creative display. Didn’t make the first cut? New guests will be chosen each month. More Information.

’80s Dance Party at BRÜ HAUS – 3/28
Blast into the past with the tunes of Bon Jovi and Blondie—and German sauage—tonight at BRÜ HAUS’S ’80s dance party. From 9 p.m. to 2 a.m., sip ’80s-themed cocktails such as “fuzzy navels,” “sex on the beach,” and “woo woo shots” while donning your favorite leg warmers. Age 21 and over only. More information.

CHAYA Downtown’s Second Annual Cherry Blossom Festival – 4/1 to 4/19
Celebrate the arrival of spring under the blooming branches of cherry trees during CHAYA Downtown’s second annual cherry blossom festival. The build-your-own Hanami Bento menu includes small plates such as duck confit spring rolls, BBQ pork shank, and pan-roasted petrale sole. In keeping with the festivities, cherry-inspired cocktails, such as the cherry bellini with cherry sorbet are being featured. The dinners are offered Monday through Friday until April 19.  More Information.