Home Uncategorized L.A. Food Events Worth Nibbling On: May 2 Edition 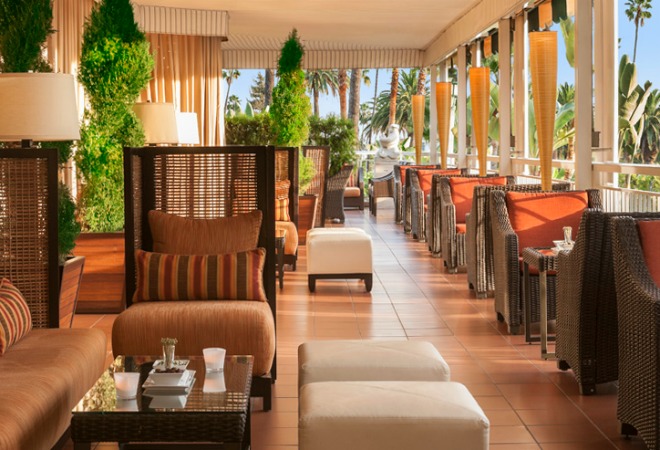 Angel City Brewery’s Heritage Festival – 5/4
Downtown’s Angel City brewery hosts the annual Heritage Music and Arts Festival. Seven live musical performances serve as the backdrop for a day of feasting, beer drinking, and admiring the work of local artists. Enjoy eats from Seoul Sausage, Son of a Bun, the Melt, and Peddler’s Creamery. Behind-the-scenes brewery tours will be conducted hourly throughout the day. A portion of the proceeds benefit Art Share LA. The free festival runs from 11 a.m. to 6 p.m. More information.

Kentucky Derby Party at Bar NINETEEN12 – 5/4
Salute the Louisville classic in style at the Beverly Hills Hotel, as Bar NINETEEN12 hosts a Kentucky Derby viewing party. Classic derby cocktails like mint juleps and Sazeracs will be served alongside bar bites such as the “derby fry”—fried green tomatoes with fried oysters—and more. Heaven Hill Distilleries will provide complimentary whiskey tastings from 2 to 4 p.m. Show off your fanciest chapeau in the “best hat” contest; the winner receives brunch for four at the Polo Lounge. The viewing party begins at 2 p.m. Keep an eye on the Digest this week for more Kentucky Derby festivities. More information.

Flavors of Los Angeles 2013 – 5/5
The Flavors of Los Angeles 2013 brings together 12 L.A. chefs for a grand tasting at Loews Santa Monica Beach Hotel. The night begins with a silent auction and cocktail hour, during which guests can taste oysters from the Oyster Gourmet, sample chilled vodka shots from American Harvest Organic Vodka, and sip wine from Kiamie Wine Cellars. At dinner, each of the participating chefs will prepare a five-course meal tableside for one of the 12 tables. Chefs include Nyesha Arrington (Wilshire), Shigefumi Tachibe (Chaya), Mirko Paderno (Olivera), and others. The event begins at 5:30 p.m.; tickets start at $275. More information.

Cochon 555 at House of Blues – 5/5
The fifth anniversary of the pig-centric traveling culinary competition, Cochon 555, lands at the House of Blues. The event promotes sustainable farming and heritage breed pigs, so expect to taste pork dishes from competing chefs Joshua Whigham (Bazaar), Jet Tila (the Charleston), Gavin Lansdale (Ford’s Filling Station), Ray Garcia (FIG), and Sean Dent (HOB). Wine tastings and a family-style barbecue are also being offered at the event. The competition begins at 5 p.m. Tickets are $125 for general admission and $200 for VIP. More information.