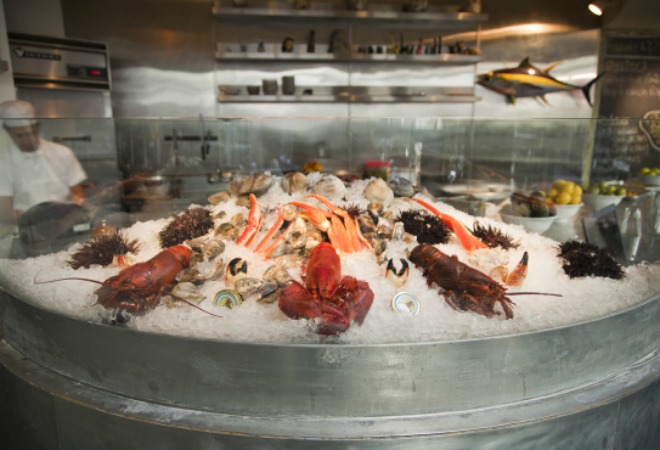 Head to the Santa Monica Civic Auditorium to sample dishes from some of L.A.’s finest restaurants at this annual fundraiser for Planned Parenthood. What began in 1979 as a simple cooking demonstration by Julia Child has grown into a massive food fest with bites and drinks from more than 100 restaurants, breweries, and wineries. Participants include A.O.C., the Hart & the Hunter, and Craft, to name a few. Tickets are $150 for daytime admittance, $225 for evening. VIP options are also available. More Information.

To celebrate the seafood spot’s eighth anniversary, the Hungry Cat Hollywood is paying homage to chef David Lentz’s hometown of Baltimore. Feast on pit beef, a Baltimore tradition, as well as seafood classics such as grilled oysters and delicacies from the restaurant’s famous raw bar. Top the night off with $8 specialty cocktails from guest bartenders Matt Jeronimo and Josh Curtis, or a brew from the special beer station. More information.

Learn to make pasta like a true nonna at a cooking class hosted by chef Bryant Wigger of Pasadena’s Trattoria Neapolis. From 2 to 4 p.m. learn how to whip up (and eat) a spring-inspired Italian meal of wild arugula salad, cavatelli pasta (from scratch!), and grilled California lamb chops vignarola. The $75 fee includes a glass of wine, house-made gelato, and the fruits of your labors. More information.

Want the chance to see two world-class, 400-pound sumo wrestlers battle in person? This is your chance. Living Social is throwing a Sushi and Sumo event at Hollywood’s eccentric Supperclub venue. Cheer on the wrestlers while dining on a five-course Japanese meal and sampling a flight of three sakes. Think you can take on one of the big men? A special “Get in the Wring” package lets you take a turn in the arena yourself. The event takes place throughout the day on March 10 and 11. More information.

Alain Giraud, Caviar, and Champagne at the Strand House – 3/11

For the restaurant’s second Culinary Masters dinner, the Strand House welcomes acclaimed French chef Alain Giraud for a night of caviar and champagne beginning at 7 p.m. Giraud has teamed with Strand House chef Greg Hozinsky to create a decadent five-course caviar menu with dishes such as egg custard with caviar and lobster-caviar crepes. The $200 prix-fixe menu also includes a caviar and champagne tasting as well as a fromage course. More information.