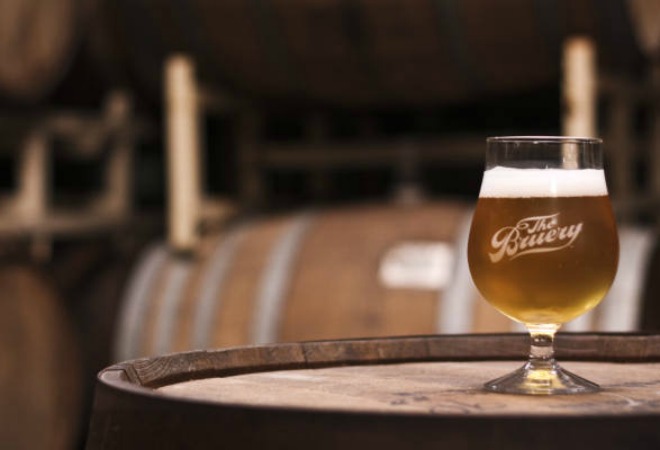 The Residency Culinary Series at UMAMIcatessen – 3/14
The UMAMIcatessen food-plex already boasts PIGG, Cure, Coffee &, and Umami Burger. Its latest addition is the Residency, a cooking series showcasing rotating chefs from L.A. and across the country. First up is Micah Wexler of the now-shuttered Mezze. Every Thursday night for the next ten weeks, Wexler—along with partner Mike Kassar—will be preparing a $45 dinner (additional $22.50 for wine pairings) called “live and dine in L.A.,” with menus inspired by the city’s different time periods, neighborhoods, and cultures. More information.

St. Patrick’s Day Festivities – 3/17
We’re mere days away from the feast of Saint Patrick, that whiskey-soaked holiday on which it is customary to drink and eat your fill of all things Irish. That means corned beef, cabbage, bangers, mash, and plenty o’ frosty pints—green or otherwise. We’ve rounded up some of L.A.’s tastiest Saint Paddy’s Day happenings, from Celtic rock and custom brews at a 90-year-old pub to “Shamrock Margaritas” at a Mexican cantina on the Strip. So throw on your greenest shirt, warm up those drinking song pipes, and get ready to get knackered. More information.

Wine Hotel’s Barbaresco vs. Barolo Dinner at Terroni – 3/18
Third Street’s wineshop and storage facility, the Wine Hotel, will showcase the famed wines of Italy’s Barbaresco and Barolo regions during a private dinner at Terroni. Guests will indulge in six different wine flights from four decades—’70s, ’80s, ’90s, and ’00s—along with Italian dishes from the Beverly Boulevard restaurant. The lavish meal begins at 7 p.m. and is priced at $240 per person. Reservations required. More information.