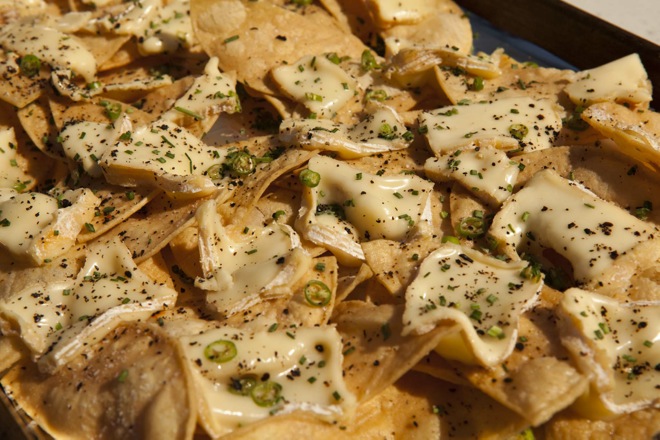 Hop Tanker Double IPA: El Segundo Brewing Co. is closing out their L.A. Beer Week festivities with the release of a brand new double IPA called Hop Tanker. The heavy dosing of Nelson Sauvin and Citra hops creates a “sharp hop tone of lemon peels filled in by orange marmalade [and] utter dankness” according to the brewery. Hop Tanker is a draft-only release and can be found at select beer bars around town and at the El Segundo Brewing Co. tap room. A release party—with 12 other ESBC beers and food from California Rancher—is taking place this Saturday at 2 p.m. (More information)

Over the Top Oktoberfest: We had a rundown of some of our favorite L.A. Beer Week events last week, but it’s worth updating it with one more now that the details have come to light. The Hot Knives—our favorite stoner veggie bloggers/cookbook authors—are hosting “Over the Top Oktoberfest” at Eagle Rock Brewery this Friday beginning at 6 p.m. Here’s what’s in store for attendees according to Evan George, one half of the Hot Knives blogging duo:

“German snacks from the new Hot Knives cookbook Lust For Leaf; short readings and performances of Prohibition-era literary works; sausages for the meat eaters, and the first-ever Unity Cup, an arm wrestling invitational pitting some of SoCal’s best breweries against one another in friendly physical rivalry. Breweries who will compete: The Bruery, Pizza Port, Eagle Rock Brewery, Angel City, Ladyface, Smog City and MORE! Why? The L.A. craft brewery scene is stronger than ever and we’re gonna prove it. This will be an evening of camaraderie, creativity and Bavarian bacchanalia. Expect physical feats, kraut-rock, good eats, and transcendental ideas. The wackiest event of LA Beer Week, guaranteed.”

Eagle Rock Brewery will also be pouring Unity, the official beer of L.A. Beer Week. This year’s iteration is a lower alcohol “red mild” lightly flavored with hibiscus and honey that was the brainchild of local homebrewer Craig Wickham. And if you need another reason to attend, The Hot Knives will be serving their solar-heated “Ambient Nachos” using what they call “the world’s finest Limburger.”  (More information)