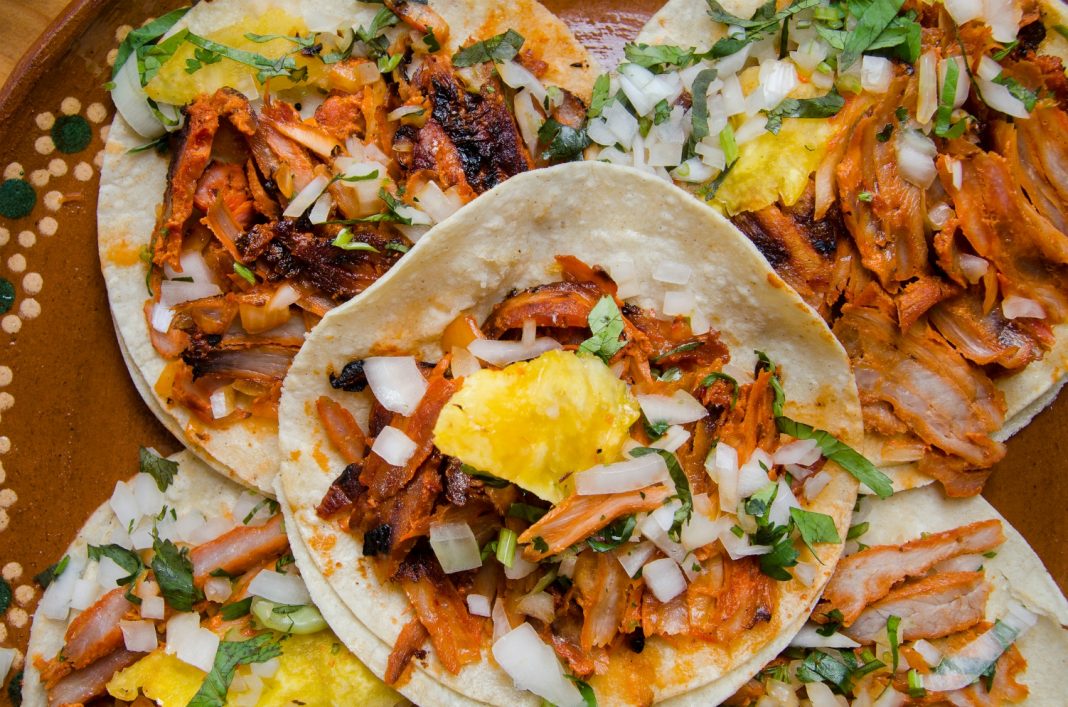 At a time when food festivals happen almost constantly, it’s hard to imagine one worthy of the label “groundbreaking.” But that’s exactly what the L.A. Weekly event Tacolandia was when it debuted in 2013. Curated by journalist and author Bill Esparza, the festival brought together a strata of street vendors and high-profile chefs like the city had never seen, all assembled to celebrate the singular beauty of the taco. And, more importantly, it made for a day of glorious eating.

After four years of Tacolandia—in which the crowds seemed to grow each year—Esparza parted with ways with L.A. Weekly in 2017 after the paper was sold to a new owner, officially ending the event’s run.

But taco fans take heart: For the past two years, Esparza has been planning a new version of his “taco lifestyle festival” called Taqueando. A play on the Spanish verb taquear—or what you tell your buddies you’re doing when you head out for tacos—the inaugural event takes place this Saturday, June 15, at ROW DTLA. Tickets are $45 each.

Like those Tacolandias of yore, Taqueando features a lineup of Mexican and Mexican American chefs that run the gamut of the culinary world: Some are on the San Pellegrino World’s 50 Best Restaurants list; others run acclaimed street-food operations and have never attended a food fest before. Hometown heroes like Carnitas El Momo, Chichen Itza, Mariscos Jalisco, and Coni’Seafood will be serving, but also present will be restaurants from different regions of Mexico (Tijuana, Ensenada, Monterrey) as well as San Diego, Sacramento, and London.

“I want the vendors who come here to have a great time and to feel like they’re doing something of value,” Esparza says. “It’s about community as much as it is the food. Most of these chefs work all the time and don’t take days off, so this is also a chance for them to meet and connect about what is going on in East L.A. or Mexico City.”

New vendors that Esparza is most excited about are Tuétano Taqueria, a birria de res restaurant in San Diego that tops its braised beef tacos with a dollop of roasted bone marrow, and Tacos Aaron, a Tijuana vendor known for its tacos varios, a regional variation of the popular stewed tacos de guisado. The participating restaurants—about 50—also include local names like Tacos 1986, Barbakush, Sonoratown, Taco María, Burritos La Palma, B.S. Taqueria, Poncho’s Tlayudas, and pretty much anyone else you’d want feeding you all-you-can-eat tacos on a warm Saturday afternoon.

As opposed to the later years of Tacolandia, Esparza made a concerted effort to limit the amount of tickets sold as well as the number of vendors, a change that he hopes will make the festival feel more intimate and focused. Sponsors include Tecate and Univision, which Esparza adds helped spread the message to larger swaths of the city’s Mexican American community. “I really wanted to make this a taco festival for everyone,” he says. “There are a lot of great taco events in L.A., but our goal was to do something unique for the city.”

If all goes well, Esparza hopes to make Taqueando an annual event, and, perhaps, start a new taco tradition in the process.

RELATED: How L.A. Became Obsessed with the Tijuana Taco

Stay on top of the latest in L.A. food and culture. Sign up for our newsletters today