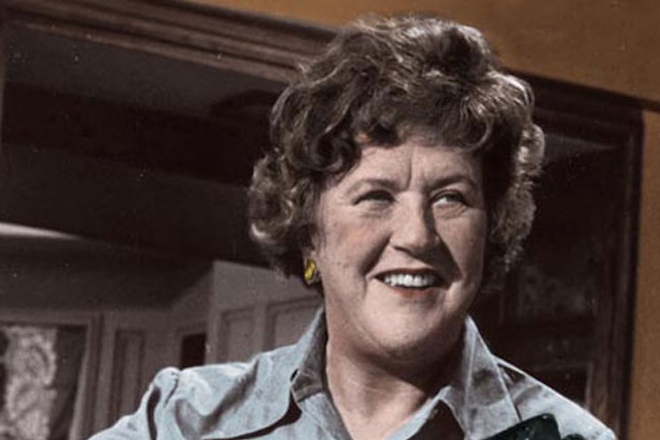 In honor of Julia Child’s birthday, today, we asked restaurant critic Patric Kuh if he had any memories of Ms. Child.

“Back when I worked in the kitchen with Michel Richard at the original Citrus, I helped cook lunch for her once. This was sometime in the early ’90s. I was part of a kitchen brigade headed by Alain Giraud (who now owns Maison Giraud). He had cooked for her several times, including at the Merci Julia event which I think was in 1993. I can’t remember what we cooked, but I remember that afterwards, she came into the kitchen and every cook clapped. A nice scene.

“A year or so later I was in Cambridge and my wife and I decided to walk past her house. She was gardening, head down in a shrub. I called out, ‘Mrs. Child,’ and she looked up, came towards us and said, ‘How nice to see you,’ as if we were close friends. She was very gracious, but I know she had no idea who I was.”