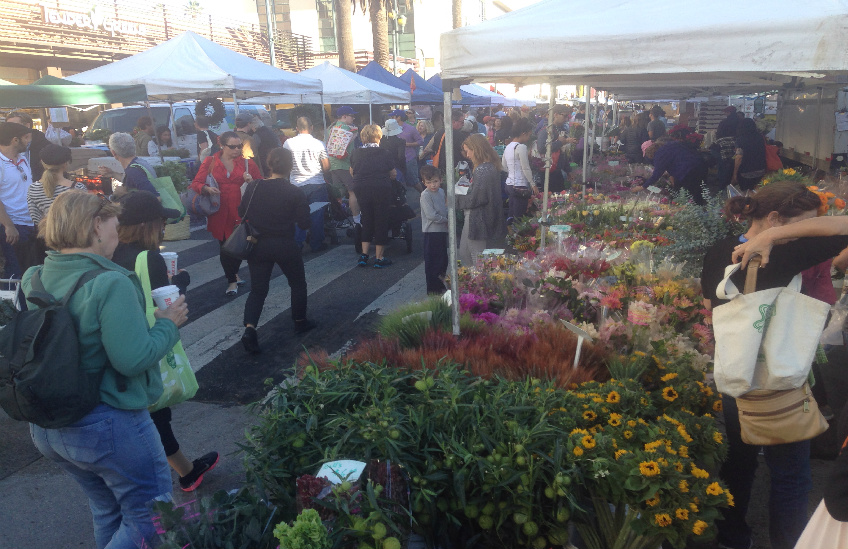 If the mantra “buy local” or “know your farmer” sounds elitist to you, consider the alternative. In his story “Product of Mexico,” Los Angeles Times reporter Richard Marosi investigates the harrowing reality of how produce is harvested across the border on some of Mexico’s so-called “mega-farms.”

He writes: The farm laborers are mostly indigenous people from Mexico’s poorest regions. Bused hundreds of miles to vast agricultural complexes, they work six days a week for the equivalent of $8 to $12 a day.

The squalid camps where they live, sometimes sleeping on scraps of cardboard on concrete floors, are operated by the same agribusinesses that employ advanced growing techniques and sanitary measures in their fields and greenhouses.

The contrast between the treatment of produce and of people is stark.

Marosi goes on to report that farm exports from Mexico have tripled to $7.6 billion in the past decade.

In this same decade, we’ve seen food literacy explode. Michael Pollan’s award-winning book The Omnivore’s Dilemma was published in 2006. Two years later, Food, Inc. was a contender for an Academy Award. In 2011, Barry Estabrook published Tomatoland, a sobering look at the near slavery conditions in South Florida’s tomato industry, yet echoes of those same egregious conditions exist in Marosi’s article: foremen withholding wages, lack of running water, and filthy living conditions. On the one hand, we have never been so educated about our food and its sourcing. But we remain blind to the true cost of our food just over the border.

On top of unsanitary housing and wage theft, Marosi describes an agricultural complex in which 100,000 children under the age of 14 labor in the fields alongside their parents. Workers feel so helpless that they try to escape, but the barbed wire surrounding some camps makes them prisoners to the fields.

As consumers, we are left with little transparency in how our food is grown and harvested. We think we have a choice by selecting Whole Foods over Wal-Mart, but the truth is that both those chains were implicated as buyers in Marosi’s story.

What farmers’ markets achieve is something you will never find in a big-box grocery store. Yes, the fruit is tree-ripened and the greens freshly plucked from the soil, but what’s most vital is that the California Certified Farmers’ Markets directly connect growers and consumers. The system is not fool-proof, we have seen cheaters, but farmers’ markets provide consumers the opportunity for transparency.

At yesterday’s Santa Monica Farmers’ Market, I spoke to farmer Alex Weiser about Marosi’s article. Weiser told me about the workers who labor in his fields. “We have year-round folks who have worked with us for decades,” he said. “Our staff is really important to us. Part of being sustainable is how you treat your workers.”

Over the past few days, I’ve read and re-read Marosi’s story, and I am reminded of The Pleasures of Eating, Wendell Berry’s 1989 essay. It begins by posing a question: What can city dwellers do to eat responsibly? “Eating is an agricultural act,” Berry responded. “When food, in the minds of eaters, is no longer associated with farming and with the land, then the eaters are suffering a kind of cultural amnesia that is misleading and dangerous.”

For urban Angelenos, farmers’ markets seem like the simplest antidote to this cultural amnesia.