Home Business Women Are Hosting Fancy “High Teas” With the Help of a Cannabis... 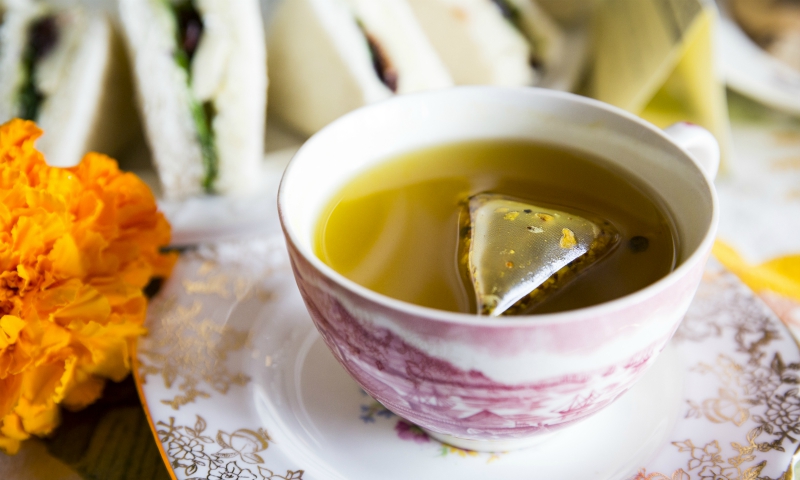 It’s a sunny Sunday afternoon in Santa Monica, and roughly 7o people have gathered for a tea party. Over the clinking and clanking of tea cups and saucers, the guests converse about the usual things—their work, the weather—but ultimately weed is the word on everyone’s lips. That’s because cannabis is in their cups.

Since it launched in 2015, cannabis tea brand Kikoko has encouraged customers to host “high tea” parties like this one, private events where women can sample cannabis tea in a setting that’s non-intimidating for the uninitiated.

Former journalist Amanda Jones and tech entrepreneur Jennifer Chapin founded Kikoko to help revolutionize women’s health, although men can reap the same benefits from drinking it. The idea for Kikoko tea came from a mutual friend, Jan, who used cannabis as an alternative to pharmaceuticals to treat pain, nausea, anxiety, insomnia, and loss of appetite during her battle with ovarian cancer. Cannabis worked for Jan, but there was one big caveat: the cannabis products often made her too high, a problem many people who’ve tried cannabis edibles have experienced.

“It was the days of the big brownie with 500 milligrams [of THC], wrapped in some nasty thing with a handwritten label,” says Jones. Jan envisioned something with beautiful packaging that didn’t taste like weed, was reliably dosed, and was aimed toward women. With that in mind, Kikoko was born.

There are four formulas and each treats a different health and wellness concern. Their most popular is the anti-insomnia Tranquili-tea made with chamomile and lemon myrtle. Sympa-tea is made with turmeric, ginger, and black pepper, all of which have anti-inflammatory properties, and is meant to treat pain, stress, anxiety, and nausea. Their Sensuali-tea is a sex enhancer and orgasm intensifier made with hibiscus, cardamom, and rose. It can also be used in non-sexual scenarios to enhance feelings of connectedness. Positivi-tea, their mood and creativity enhancer, is the only tea that contains caffeine.

The process of creating the ideal formulas wasn’t easy. They worked with three teams of scientists to figure out how to create each tea from synergistic herbs and cannabis that’s organically grown, that wouldn’t leave an oil slick at the top, and that tastes great.

Besides making sure the tea didn’t taste or smell skunky, Jones and Chapin also put a major focus on low doses of THC, the psychotropic cannabinoid that creates the sensation of being high and can sometimes cause anxiety and paranoia. The doses range from 3 milligrams to 10 milligrams, the new legal limit for a single serving of a cannabis edible in California. Their Sympa-tea and Positivi-tea also contain CBD, a non-psychotropic cannabinoid that counteracts THC and the sensation of being high. Tranquili-tea contains CBN, a cannabinoid that acts as a sedative.

“We were told we’d get laughed out of dispensaries with those low doses. We really had a strong gut feeling that women all over the place that weren’t stoners, that didn’t wanna get very high all the time, they wanted an alternative to that. So we’d like to go even lower,” says Jones. According to Jones and Chapin, low-dose products that won’t get you stoned are the future of cannabis use. Anyone who’s ever had a bad time from too much THC might agree. “We were hearing over and over what we call the ‘whole brownie syndrome’ where they ate the whole brownie and rode the crazy train for hours and hours,” says Jones.

At the tea party, Jones and Chapin assure the guests that they won’t get too high from drinking the tea. In fact, some Kikoko drinkers may not even feel any psychotropic effects from the THC at all, especially with their lowest dosed Sympa-tea, which contains 3 milligrams of THC and 20 milligrams of CBD. The point is to achieve a sense of well-being, which ultimately is why people drink tea in the first place.

Kikoko is now available in dispensaries all over California (dozens in the L.A. area). They attribute their success to doing things “the women’s way.”

“We’ve been mansplained to so many times, but our first rule is we won’t do business with assholes,” says Chapin. This isn’t the co-founders’ first business (they also founded a non-profit called Cynthia’s Sisters), so they’re familiar with the “bro-code” of the start-up environment.

In 2017, the number of women-run weed businesses dropped from 36 percent to 27 percent, which Jones and Chapin believe is because “big money is coming in and the big money is white and male.” They both hope to see more women in the cannabis industry and encourage women to question the way it’s always been done. “When we first started the business, people said, ‘You have to do it this way’ and we said, ‘Why? Let’s just do it the way we think is right,’” Jones says. “There’s always a better way. Always.”

To host your own private Kikoko high tea party, visit their website.