Home Food & Drink Some of the Best Bread in California Is Baked in a Tiny... 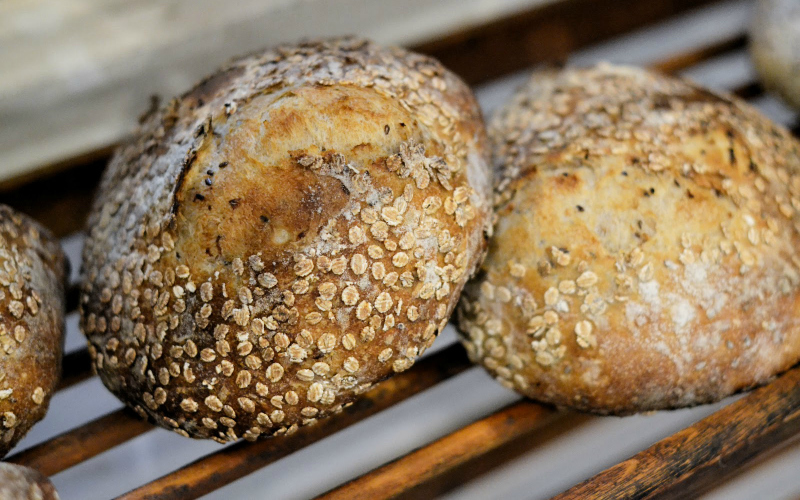 You wouldn’t find Kate Pepper’s bakery in Ojai if you weren’t explicitly looking for it. It’s not located in a high-foot-traffic part of town. It’s tucked away in a converted woodshop at her parents’ house, which sits on a quiet cul-de-sac. While the location might be under-the-radar, Pepper’s bread is certainly no secret. The baker has more than 22,000 followers on Instagram.

Among those fans is Alex Phaneuf, co-owner of LA’s beloved Lodge Bread Company. Phaneuf first learned of Pepper from a friend in nearby Ventura. “Checked out the ‘gram really quick and hit her up because we had been planning a camping trip in Ojai and went and hung out with her for the day,” Phaneuf said. “We had done a bunch of hallucinogens the night before and were a little out of it, but it was great. When you see what she does, you get the picture of the force that she is, which is pretty awe-inspiring, considering it’s a one-woman show.”

Pepper started focusing on her craft four years ago, after a life-changing breakup. Suddenly finding herself tasked with raising her daughter alone, she needed a way to support her family. Pepper turned to baking, learning from restaurant jobs and on her own. Equipped with an old pizza oven she found on Craigslist, she launched her own business from her parents’ backyard.

Despite — or perhaps because of — its humble origins, Pepper’s bread is extraordinary. “It is unabashedly expressive and shows that it’s done very minimally. It kind of reeks that passion,” Phaneuf said. “It’s rough around the edges, and it’s perfect on the insides.”

Now that the word is out, it can be difficult to nab a loaf from Kate’s Bread. Customers often place orders before she even arrives at the Ojai and Ventura farmers’ markets, or they stop by local Ojai establishments like Farmer and the Cook. Your best bet for scoring a sourdough loaf, croissant, or scone, is by ordering online ahead of time. Follow Pepper’s Instagram to keep track of her baking schedule, or visit her website at katesbread.com.

RELATED: The Best Baguette in L.A. Is Not Sold at Any Bakery