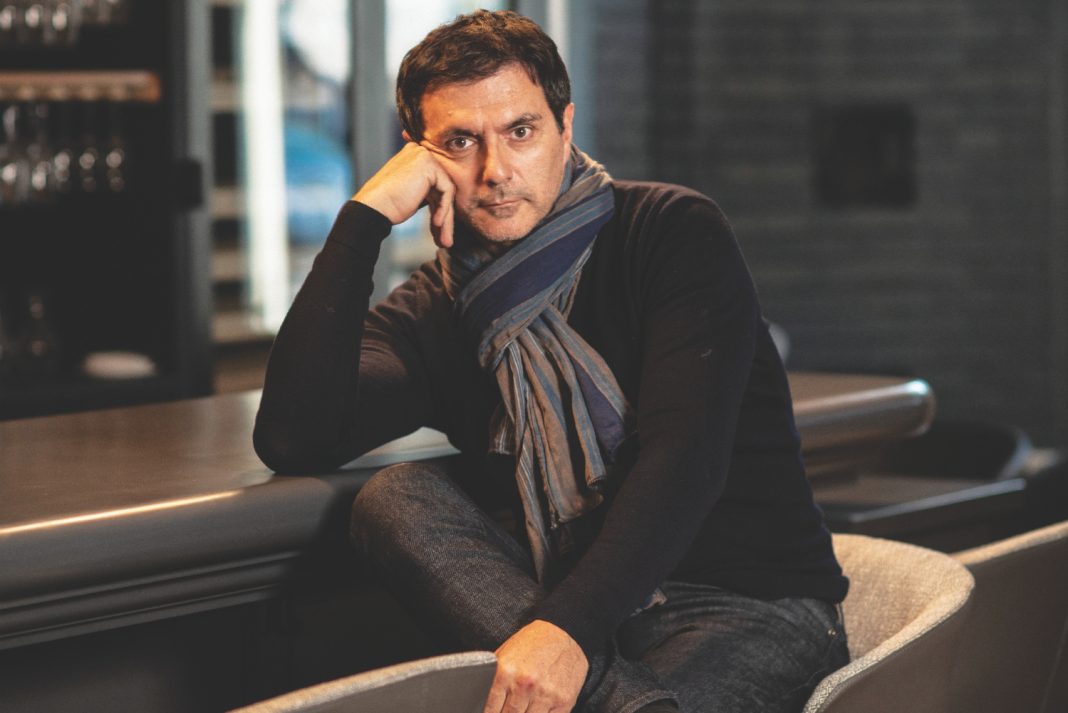 Christophe Émé wants to keep his food uncomplicated. When the Loire, France-born chef ran one of the city’s most ambitious (and expensive) French restaurants a decade ago, that would have seemed like an unusual goal for him. Before it unceremoniously closed in 2011, his haute supper club, Ortolan, garnered endless praise from critics and nabbed a Michelin star. Some called it the finest French cooking L.A. had ever seen. But like many restaurants of the era, Ortolan was hit hard by the recession, a time when $250-per-person tasting menus, billowy curtains, and crystal chandeliers felt decidedly out of step.

After eight years of hosting dinner parties for celebrity clients (his wife is actress Jeri Ryan), Émé is stepping into the spotlight once more. His new restaurant, Kass, is set to open on La Brea Avenue in the coming days. Though excited to return to the restaurant industry, Émé is quick to insist his new project is neither a bistro nor a brasserie, but a modest wine bar with good food. “It’s lobster, some foie gras terrine, a nice quiche for brunch,” he says. “It’s simple, but people who knew me before will know it’s my cooking.”

Kass, a diminutive 40-seat space with a small patio out front and a Yogurtland next door, is the opposite of Ortolan in almost every way. Gone are the champagne carts and the mushroom cream soup served in test tubes; there are no intimate nooks or tufted leather banquettes. Blink and you might think you’re in a Parisian pied-à-terre, which is the point. Émé filled the space with furniture and housewares as he would for his home. He spotted the patio’s woven rattan chairs at Mix down the street, and the flatware came from BoConcept a few blocks away.

The biggest changes, however, might be with the chef himself. Known for his intensity in the kitchen, the 49-year-old Émé seems more relaxed, more at ease in his low-maintenance digs. The menu at Kass will be compact—only a few appetizers and entrées—with the seasons and farmers’ market finds dictating weekly changes. Perhaps roast squab with a little jus, chanterelle mushrooms, and gnocchi; a nice chocolate soufflé or tart for dessert. The wine will feature mostly French bottles and other Old World finds, with nothing too esoteric. “It’s not old school per se, but I’m not going to start doing fermentation or follow the Nordic thing,” he says. “I just don’t have the space for that.”

With a huge window peering into the kitchen, you’ll see Émé hustling with a handful of cooks every night. It’s a far cry from the brigade that labored behind closed doors at Ortolan, where stress and tension would often boil over on busy nights. “I’m older. I’ve changed,” Émé says. “When you have an open kitchen, you have to be more mellow. And with only four people and a smaller menu, it’s not so much stress. The job isn’t just to cook, but to make sure everyone is happy. Here, I’m happy.”

RELATED: Bavel Chef Ori Menashe Let Us Hang Out While He Made His Famous Hummus

The 5 Best Spots to Drink Wine in Venice, According to Booze Author Dan Dunn