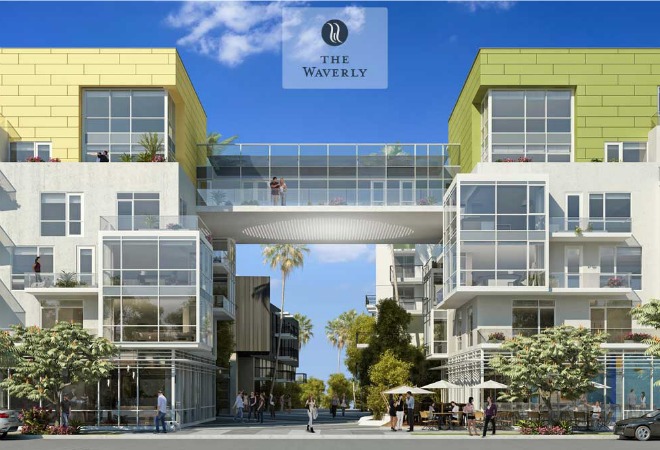 Exciting restaurant news for Santa Monica residents: Ocean Avenue South, the recently-opened luxury residential complex located one block from the Pacific Ocean, has announced the first three (of five) of its upcoming retailers—and so far they are some big-name additions.

Joan’s on Third, Joan McNamara’s popular food marketplace and café near Beverly Grove, will be taking over the plaza-level of the The Waverly. Joining it will be L.A.’s first non-LAX location of Starbucks Evenings, the new “neighborhood coffee shop” concept by the mega-chain, which serves “Reserve coffee” and, after 4 p.m., beer, wine, and small plates.

Most of the businesses are slated to open near the end of 2014.

Fans of Joan’s on Third’s stellar sandwiches, salads, and pastries have been waiting on the long-anticipated Studio City location, which has been delayed by community roadblocks since 2013 but is expected to open by summer’s end. If things go as planned, the iconic café and marketplace—which originally opened as a catering company in 1998—will triple in size in the span of a few months.

“We couldn’t be more excited to join the Ocean Avenue South neighborhood later this year,” said founder Joan McNamara in a press release. “We love our customers and always welcome them with delicious food and excellent service in a warm atmosphere.”

One further note: If this news has you longing for a beachside home near the Santa Monica Pier and  the new Tongva Park, you had better have deep pockets. One-bedroom condos at The Waverly start around $1.2 million.