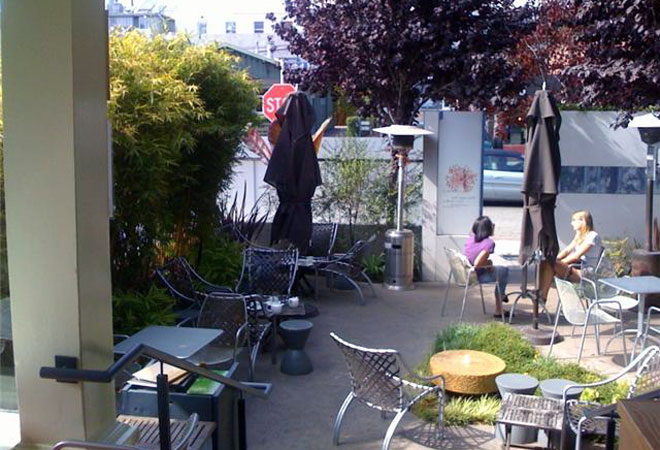 Abbot Kinney might be getting too big for its own britches—or at least some of its original boutique tenants. Jin Patisserie’s Kristy Choo announced back in August that astronomical rents would be forcing the chef to close her gorgeous Japanese-inspired sweets shop and tea garden, which has been supplying Venice with high-end chocolates, teas, and pastries for a decade. Today she broke the news that Jin will indeed close on March 24.

Kristy is calling the closure a “see you soon,” not a “goodbye,” as she plans to relocate to a new permanent location just as soon as she finds a suitable one. A press release also hints at some less permanent options for Jin: “Until they find another permanent location you never know where they may pop up.” Get it?

The shop will pour its last drop of tea on Sunday, March 24. Those who can’t go a week without a box of green jasmine truffles will be relieved to know that you’ll still be able to order chocolates through Choo’s online shop.

Jin was one of the earlier high-end businesses to land on Abbot Kinney’s now infamous shopping strip. But as Grubstreet L.A. reported back in August, Jin’s landlord plans to raise the rent from $5,000 to a shocking $40,000 a month. Another Abbot Kinney stalwart, Lilly’s French Café, shuttered earlier this summer for similar reasons.

As real estate continues to get gobbled up by shops selling Esquire-endorsed $750 loafers, $800 leather backpacks, and $150 dog tee-pees, we worry that some of the area’s artier, small-fry retailers will get pushed out as landlords bow to the promise of higher rents. But its exactly these one-of-a-kind stores that make Abbot Kinney so much more interesting than, say, Robertson. Here’s hoping the trend doesn’t continue.