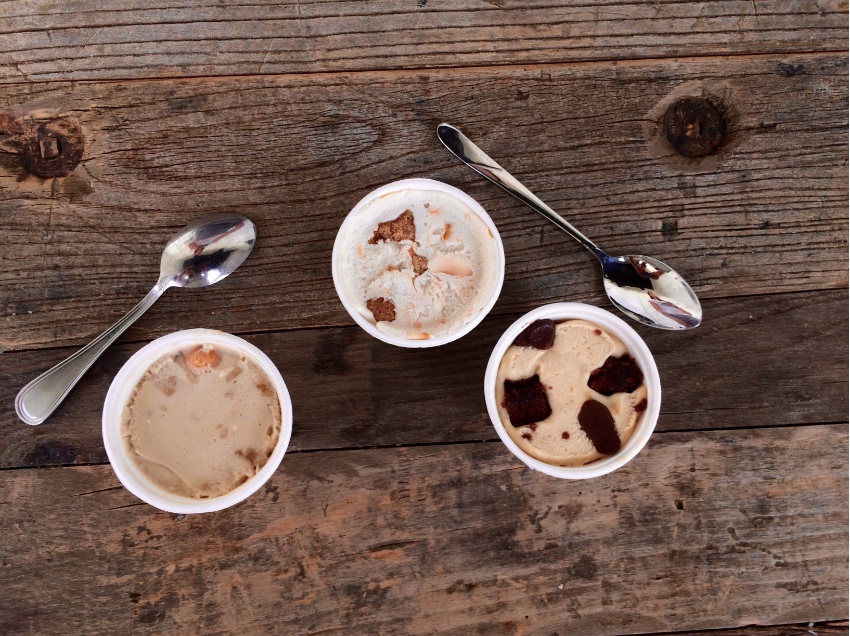 Hannah Canvasser and Jason Kessler had a lot of leftover pudding on their hands—like, an unreasonable amount—and instead of chucking it, they decided to pop it in the freezer. They thought it would turn into a tasty frozen treat after a few hours. It didn’t. It turned into a rock solid block of pudding ice. Still, the couple remained intrigued with the concept and thought they could really be onto something.

Canvasser, a food stylist and former chef whose worked in kitchens like Chez Panisse and Quince, began tinkering with different formulations until she found the texture she was looking for. Just like that, frozen pudding was born. “We start off by making a classic stove-top pudding and then we put it through a process to give it the texture and consistency of ice cream,” says Canvasser. “And the thing about that is that it doesn’t melt and become a soupy mess like ice cream does, it just turns back into pudding.”

Taking the next step and deciding to sell their frosty creation was an easy decision for the couple; the idea of introducing a product that wasn’t already on the market was a thrilling prospect. “We looked around and couldn’t find anyone else doing frozen pudding and so, we both were freelance, and we wanted to make something that we made together that we didn’t have to ask permission to do,” says Kessler, a food writer who’s been a columnist for Bon Appetit and Food Republic (full disclosure: he’s also contributed to The Digest).

The rest is pudding history, and now the couple’s Little Spoon custom ice cream cart is wheeling its way into catering gigs and becoming a fixture in front of The Brigg at Venice’s First Fridays on Abbot Kinney. They’ve also recently stuck a deal with Urban Radish and will be selling their paper cups of pudding at the gourmet market in Downtown’s Arts District, starting (most likely) next week.

There are currently four flavors, including that southern-style banana pudding topped with fresh banana slices and “spoo’nilla” wafers that started the whole thing. All the ingredients are natural and made from scratch, right down to the brownies that punch up their peanut butter and chocolate ganache concoction and the graham crackers and marshmallow fluff that mix into their Campfire Chocolate flavor. Kessler even went so far as to got out and get his California pasteurizers license to pasteurize the milk and cream himself.

Little Spoon will be at Venice’s First Fridays tomorrow and Silverlake Flea on December 12 and December 19. It’s Ice Cream