Home Uncategorized It's October, Get Your Drink On 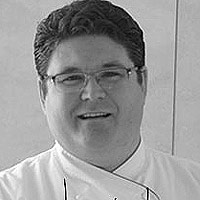 Share
Email
Facebook
Twitter
Pinterest
ReddIt
Yet another veteran L.A. chef is breaking out on his own. This time it’s Water Grill’s David LeFevre who, the restaurant announced today, is moving on to open his own restaurant after six years at the esteemed Downtown seafood hub.

LeFevre earned the place its first Michelin star in 2008 and now joins the ranks of alum like Providence’s Michael Cimarusti and Allyson Thurber who most recently helmed the Lobster in Santa Monica.  LeFevre’s move comes in the wake of a string of chefs like Walter Manzke and Michael Voltaggio who have left cushier gigs to take the solo plunge.

In a statement, Water Grill’s management says they’re currently looking locally and nationally for its new executive chef “who will lead the restaurant though this next stage of its continued evolution,” but word has it LeFevre will continue on at least through November.

As soon as they pick the new guy or gal, we’ll let you know. In the meantime, as long as that raw bar still slings oysters and martinis, we can wait.