Home Food Where to Get Food from the 24 Women’s World Cup Nations Right... 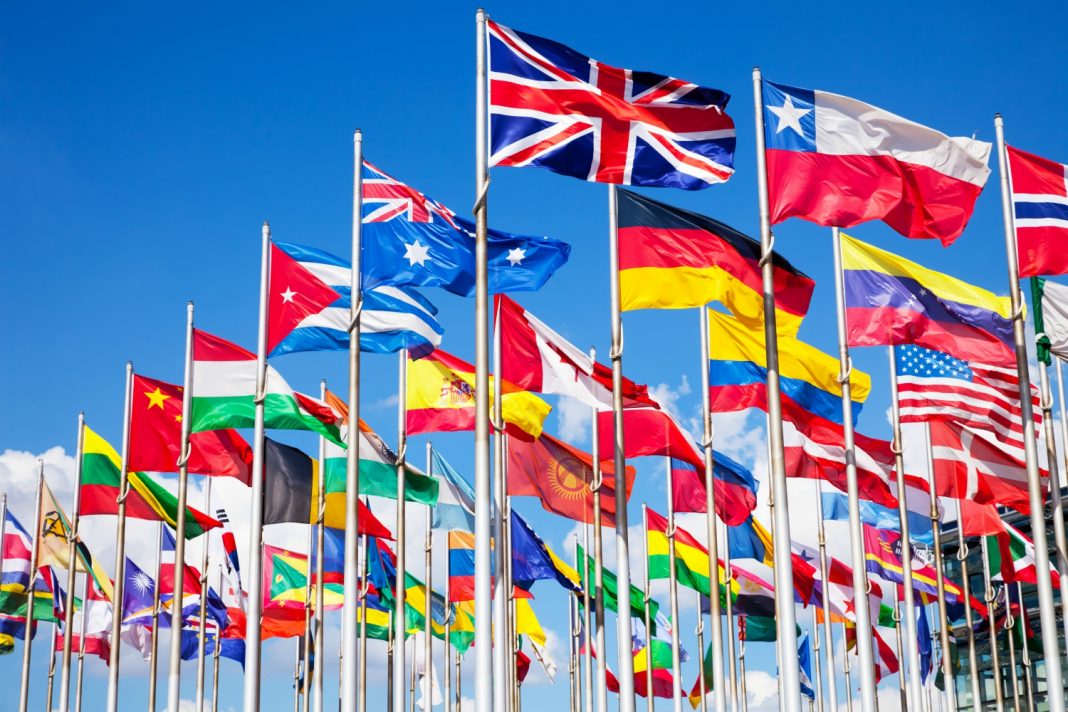 On June 7 the Women’s World Cup kicks off (literally) in Paris. Twenty-four nations, including defending champs the United States, are participating in the monthlong tournament. If you find yourself wanting to experience the culinary delights of the participating countries, you’re in luck as the L.A. area is home to restaurants for all 24. Here’s a dining destination for every team:

If you have a hankering for the Nigerian favorite jollof, a rice dish with tomatoes and onions, then you should head to Totos’ African Cuisine in Van Nuys. Daily specials include okra soup Mondays and spicy goat head Fridays. Make sure to order a side of plantains or pounded yam to accompany one of the many soups on the menu. 15355 Sherman Way, Van Nuys.

Olson’s on Pico Boulevard has been serving the Mid-City area since 1948 and sells a variety of Scandinavian dishes. Norwegian favorites include a herring salad made with the same recipe since opening day, the open-faced sandwich smørrebrød, and gravlax. 5660 W. Pico Blvd., Mid-City.

There are lots of Korean options in L.A., but only one comes courtesy of the Korean equivalent of the Rock. Owned by Korean comedian and wrestler Kang Ho-dong, Kang Ho-dong Baekjong is the L.A. outpost of a popular South Korean chain and features a wide variety of meats, including bulgogi and beef tongue, that you’ll cook on charcoal grills. A special treat is the shaken dosirak—a metal box containing meat, egg, bean curd, rice kimchi, and anchovies shaken tableside until it turns into a kind of bibimbap. 3465 W. 6th St. (inside Chapman Plaza), Koreatown.

While there are endless options for great authentic Chinese food in the San Gabriel Valley, it’s Chengdu Taste that has often been named one of the best Sichuan restaurants in the country. Challenge your taste buds with spicy dishes like Numb-Taste Wonton (which does exactly what it promises to) and sliced fish with tofu pudding. 828 W. Valley Blvd., Alhambra.

The 60-year-old Red Lion Tavern in Silver Lake is L.A.’s essential German beer hall (despite originally opening as an English pub). Enjoy German beers from brands like Hofbrau, Paulaner, and Spaten as well as a wide variety of sausages, schnitzels, and other German food classics. 2366 Glendale Blvd., Silver Lake.

Founded by three friends from South Africa, Springbok Bar & Grill is one of the few bars in town that regularly shows rugby and cricket. While you can get American bar standards like burgers, check out the South African dishes like peri peri chicken and Karoo lamb shank. 16153 Victory Blvd., Van Nuys.

At Highland Park’s recently opened Otoño, you’ll probably order tapas like Iberico ham and pan con tomate, but you should schedule your evening around the paellas and fideuà. The classic Spanish dish is available in a seafood version with prawns and lobster, a vegetarian iteration cooked with spring vegetables and white miso, as well as the scallop-and-chorizo negra fideuà colored black by squid ink. 5715 N. Figueroa St., Highland Park.

Unsurprisingly, if you’re looking for Australian-inspired cafes, head to the beach. Little Ruby comes to Santa Monica from Australia by way of New York. Sip on flat white coffee, an Aussie invention, while you wait on brekkie options like chia muesli, Vegemite toast, and ricotta hotcakes. Australian-style chicken schnitzel and vegetarian rice bowls made with halloumi cheese are available later in the day. 109 Santa Monica Blvd., Santa Monica.

Torrance’s Brazilian Plate House has a little bit of everything, whether it be the croquette-like coxinha, boiled yuca, or the top sirloin cap called picanha. Incidentally, the omnipresent acai bowl (available here) is a Brazilian original. 4509 Torrance Blvd., Torrance.

The oldest Italian restaurant in Hollywood, Miceli’s has been owned by the same family since it opened in 1949. It’s a classic red-sauce joint with plenty of pastas and pizzas, all based on recipes from the old country. Did we mention the servers sing? 1646 N. Las Palmas Ave., Hollywood (also in Universal City).

The meat-heavy menu at Natraliart in Arlington Heights features everything from jerk chicken to curry goat, all accompanied by ground food (Caribbean slang for root vegetables like yams and sweet potatoes), rice, and veggies. Wash it all down with a glass of carrot juice. 3426 W. Washington Blvd., Arlington Heights.

A casual deli spin-off of Pasadena’s Malbec, Malbec Market in Eagle Rock has many great Argentine items on its menu designed for both dine in and take out. Order a few empanadas, croquettes, spinach quiches, and a hot chorizo sandwich, and make yourself an Argentine picnic. Save room for flan. 1632 Colorado Blvd., Eagle Rock.

England: The Fox and Hounds

Studio City’s the Fox and Hounds is a wonderful blend of sports bar and English pub. Enjoy fish and chips with a pint or a nice English garden salad. Since most of the World Cup matches will be played early in the morning our time, you’ll likely wind up ordering one of its many variations on the traditional English breakfast. 11100 Ventura Blvd., Studio City.

While Daikokuya’s wait time is infamous, you’ll forget all about it once you’re feasting on pork broth of bowls and spicy miso ramen. Sushi and vegan ramen are also available. In addition to its Little Tokyo location with the iconic yellow awning, Daikokuya also has outposts in El Monte, West Hollywood, Sawtelle, and Monterey Park. 327 E. 1st St., Little Tokyo.

The 97-year-old Tam O’Shanter in Atwater Village is known for its annual Burns Night supper, complete with haggis. The rest of the year, though, you can enjoy Scotch rarebit and Toad in the Hole. Most likely you’ll turn to the famous Lawry’s prime rib served with Yorkshire pudding, creamed vegetables, and mashed potatoes and gravy. Oh, and lest we forget, there’s plenty of scotches to choose from. 2980 Los Feliz Blvd., Atwater Village.

The logo that depicts the African continent as a hot pepper lets you know that the food from the African Chop truck will be spicy and rewarding. Owned and operated by two Cameroonian immigrants, African Chop’s specialty is suya, a spicy beef skewer from northern Cameroon made with a chile-peanut-spices blend sourced from back home. Get it in a combo with jollof rice; greens; and puff-puffs, a kind of beignet popular in West Africa. instagram.com/africanchop.

Spring 2018 should be known as the era of the Great Los Angeles Poutine Massacre, with poutine palaces Redondo Beach Café, Smoke’s Poutine, and P’tit Soleil all closing their doors. While you can still get a high-end take on the dish at Animal, you ironically have to travel south to get a proper taste of our northern neighbor’s favorite junk food. With seven different styles—including classic, Japanese katsu, short rib, and country fried chicken—the Kroft in Anaheim is worth the trip. 440 S. Anaheim Blvd., Anaheim.

While Los Angeles is lacking in proper Dutch restaurants (Solvang road trip, anyone?), there is the Holland International Market in Bellflower. Here you can find all your favorite imported products, including gouda cheese, licorice, speculaas cookies, and bitterballen. It’s not just food; you can also get Delft Blue ceramics. 9835 Belmont St., Bellflower.

With locations in Lawndale and on Melrose Avenue, it’s easy to find your way to Chilean deli Rincon Chileno for empanadas and beefy sandwiches. Both outposts have traditional Chilean favorites like lomo a lo pobre (steak with fries, onions, and fried eggs), but only the Melrose spot has an expansive seafood menu that includes multiple ceviches. 15418 Hawthorne Blvd., Lawndale, and 4352 Melrose Ave., East Hollywood.

They do pizza a little differently in Sweden, with toppings like bananas, eggs, peanuts, shrimp, and whole salads. Experience this phenomenon for yourself at Glendale’s Viking Pizza. If you’re feeling less adventurous, pies with familiar ingredients like pepperoni are available. 3740 San Fernando Rd., Glendale.

Explore the spicy flavors of Southern Thailand at Jitlada. A favorite of the late Jonathan Gold, Jitlada is known for its spicy curries with fish or beef, but there are also mellower dishes like coco mango salad and steamed mussels. 5233½ W. Sunset Blvd., East Hollywood.

We close our culinary world tour back here in the U.S. with the back-to-back winner of Los Angeles magazine’s Burger Bracket: Santa Monica’s HiHo Cheeseburger. HiHo uses 100 percent grass-fed Wagyu beef in its burgers, while the vegetarian burger is a gluten-free vegan patty. Sweeten the meal with pies and shakes. 1320 2nd St., Santa Monica.