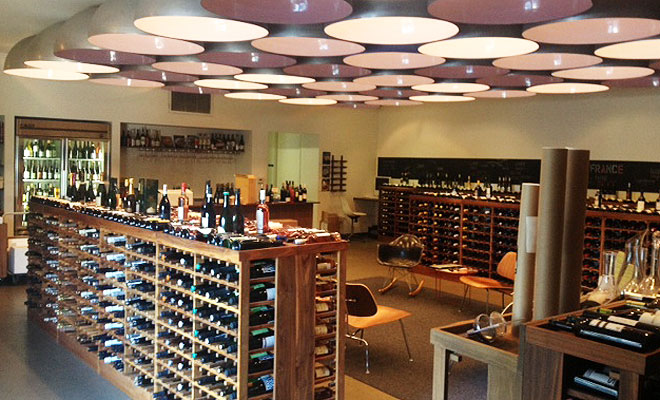 The wooden shelves at Domaine LA are well stocked with all manner of unique, esoteric, and what they call “honest” wines—heck, the Melrose shop just won the title of Best Natural Wine Store in our August Best of LA issue. But thus far there has been one fermented beverage that has eluded owner Jill Bernheimer: beer.

That’s about to change. Bernheimer has recruited Beer Belly owner Jimmy Han to curate a small selection of about 15 bottled craft brews, some of which will start trickling in the store as early as today. “I wanted to keep in mind the wine aspect of everything—how winemakers approach their craft and how wine consumers approach beer,” says Han. “For instance, we are going with one of out Oregon called Logsdon, which is literally an organic farm. They use their own organic hops, and he also sources from other area farms.”

“That’s right in line with the producer-oriented wine selections that we feature here,” says Bernheimer. “I also really wanted to keep the beers food-friendly. You won’t be seeing a ton of beers with 13 percent alcohol.”

But there are some fundamental differences between beer and wine that the self-proclaimed suds newbie admits she’s still wrapping her head around. “In terms of barrels and yeasts and inoculations, the philosophies are very different,” says Bernheimer.

“For example,” says Han, “sour beers use brettanomyces, which are the mortal enemy of wine. And then there’s a lot of bourbon barrel aging and whisky barrel aging.”

The selection will rotate depending on seasonality and production scale, but you can expect around 15 bottles in stock at all times, priced between $3 and around $20 for a larger 750ml bottle.

The first five beers will be the featured offerings at this Sunday’s weekly tasting, which takes place from 2 to 5 p.m. at the Hollywood shop. Here, Han gives us a sneak peak at what he’ll be pouring—and more importantly, why.

Almanac Beer Co. – Honey Saison
“Almanac is a San Francisco brewery that uses locally sourced ingredients from single farms for each brew. This saison brew uses honey from Marshall Farms in Northern California, along with some French oak and local ginger root.”

“This is an all-organic brewery on a traditional farm in Hood River, Oregon. Unfiltered and bottle-fermented with special strains of brettanomyces yeast provide fruity, spicy, dry, and crisp flavors.”

The Bruery – Tart Of Darkness

“This local brewery out of Orange County has one of the most extensive barrel-aging programs in the US and this barrel-aged sour stout is a prime example of their creativity.”

Hair Of The Dog – Adam

Personally, one of my top viebeers of all time. This old world dark ale is very complex with notes smoke, chocolate, coffee, smoke, leather, figs, etc. and at 10% ABV, it packs a punch.”

*Prefer your drinks of the grape variety? Come to Los Angeles magazine’s Social Hourevent tonight from 6 to 9 p.m. at Domaine LA for a guided wine tasting with southern Italian bites provided by this year’s Best Porchetta winner, Sotto. More information.