Home Uncategorized Five Things You Should Know About 1 OAK, Now Open in West... 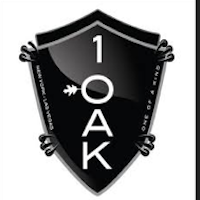 1 OAK, a nightclub known better in New York and Vegas, opened its doors a few weeks ago on West Hollywood’s Sunset Strip. It took over the old Key Club, and transformed the space into something of a theater for dancing, lounging, and looking.

Owner Scott Sartiano, a Columbia University graduate, and his partner Richie Akiva are the club kids that made it big. They joined forces with Ronnie Madra and the Bartelier Group’s Darren Dzienciol (formerly of Trousdale) to introduce the 1 OAK brand to L.A.

In New York, 1 OAK draws the kind of marquee names—Kanye, Katy Perry, and others—that first year US Weekly reporters drool over. Indeed, the paparazzi have been dancing around the private entrance at 1 OAK since Leo partied there after his Golden Globes’ win. So have a look inside, and here are five things to know about L.A.’s newest party house bar.

❶  There’s a full bar here, but no cocktail list. Prepare accordingly. Sartiano says he’s charging “reasonable” prices for bottle service. Take that as you will.

❷  There are no less than 1,000 motorized lights on the ceiling. The DJ has control of every one of them.

❸ There’s more to the music than straight EDM. DJs like to mix it up with hip hop, funk, and more.

❹ There’s still an old school bus/tour bus in the back from the building’s Key Club days. You’ll see if if you know where to find the private entrance.

❺ All of the art on the walls and on the floor, encased in glass—it’s real, and by artist Roy Nachum.