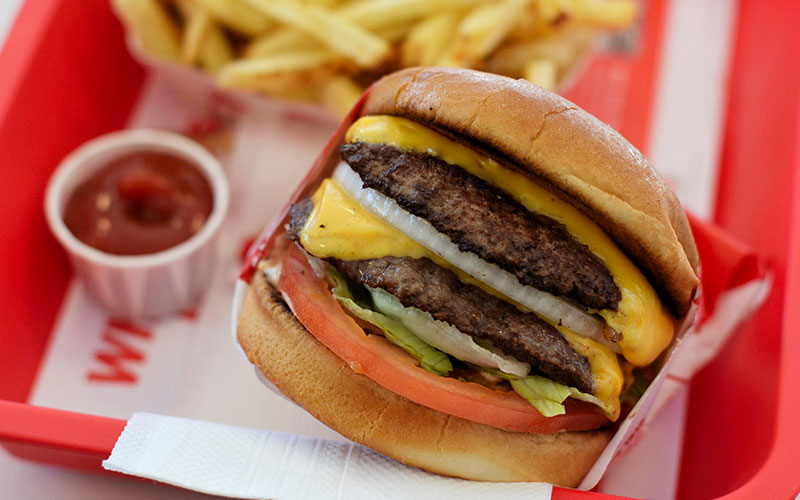 In a clip from last night’s episode of Hannity shared by vigilant Twitter user @JordanUhl, the host suggests to Carlson—who is apparently visiting Los Angeles, although Hannity seems doubtful—that he go down to a local In-N-Out and order a burger with lettuce instead of a bun and lots of onions. “They call it ‘Animal Style,'” he says, “but you have to know the code.”

In not-Fox-News-bizarro-world an Animal Style burger at In-N-Out has grilled onions, extra pickles, and extra “spread.” A burger with a lettuce wrap instead of a bun is actually “Protein Style”—but good on Hannity for watching his carbs and encouraging his little buddy to do the same–And for endorsing a burger restaurant known to contribute large sums of money to the California GOP.

RELATED: Your Favorite Burger Chain Just Donated a Bunch of Money to the Republican Party