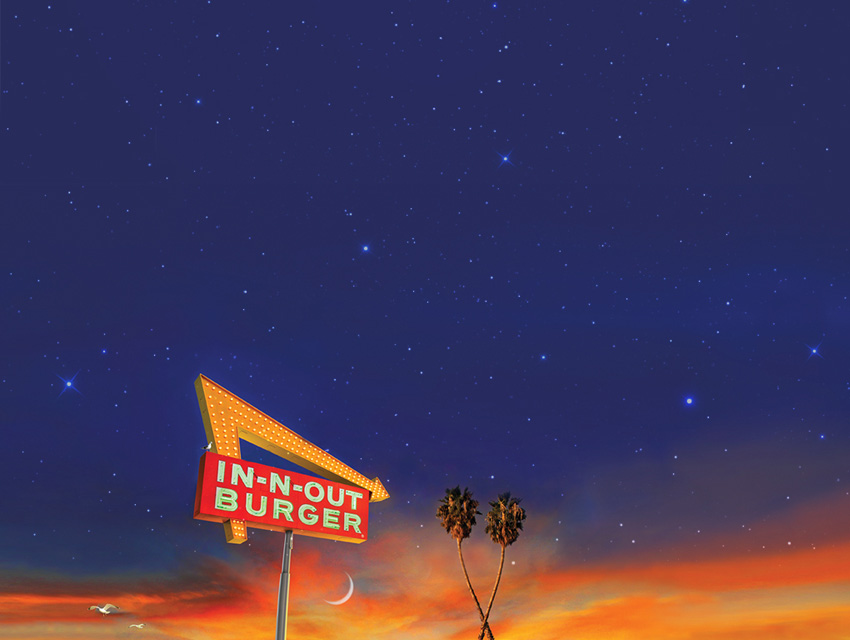 Who wouldn’t want to be around Double-Doubles all day? Employees of In-N-Out named the Irvine-based chain the Best Fast Food Restaurant to Work For in the Los Angeles News Group’s Winning Workplaces Poll, the San Gabriel Valley Tribune reports. The designation came from testimonies from the company’s own employees.

While In-N-Out staffers always appear happier than the usual fast food workers, there are specific reasons for their glee. Most importantly, they’re paid better than their peers at McDonald’s or Carl’s Jr., starting at $10.50 an hour (current California minimum wage is $9 an hour). The company also offers 401(k) plans and works hard to promote service workers to management. And unlike many restaurants, In-N-Out offers free, not discounted, meals.

Even for those not considering a career in the food services industry, In-N-Out is generous with flexible schedules for school, and also offers paid vacations. The perks are part of the family-run company’s employee-centric policy, but it’s also smart business sense—the company has much less turnover than its competitors.

In-N-Out started in Baldwin Park back in 1948, and was California’s first drive-thru burger stand. It now operates over 300 restaurants in the West and Southwest. Read more about the company’s innovative business model in this feature.