Home Dining In Defense of the Hard Shell Taco 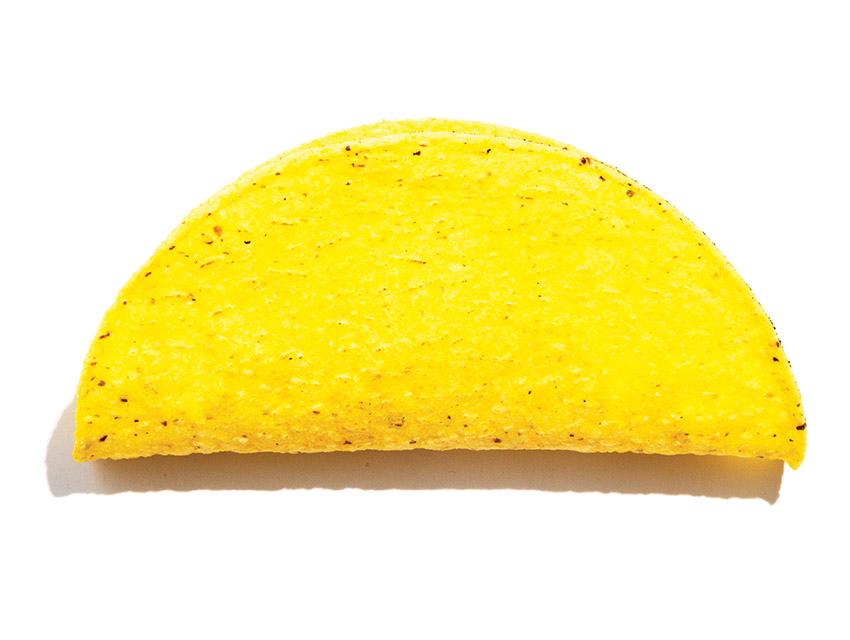 Poor hard-shell taco – despised target of millions of Mexicans, beloved by fewer and fewer gabachos every year as your soft-taco and burrito brethren ascend. Who could possibly love your bland, prefabricated form, your stale encasement crumbling beneath ungodly amounts of grease-soaked meat and a kaleidoscopic blizzard of red tomatoes, green lettuce, and yellow cheese? What future can you possible have in a world where you’re as much a relic of Old California as Leo Carrillo?

Southern Californians may disrespect you, but I know that it was you, with your salty exoskeleton who blazed the trail for Mexican food in America through your disciples, Taco Bell, Del Taco, and Old El Paso. When made fresh, you are the Light: a glittering burst of straw-colored shards, a holy trinity of crunch, sabor, and spice. You are the reason for Cactus Cooler, El Coyote Mexican Café, and the 2 a.m. drive-thru.

Like me, a Mexican American, you are often derided by our cousins down south as inauthentic or poncho. But the very first tacos to enter America were crackling tacos dorados, or “golden tacos.” Which means you are more native to this land than any of your flaccid competitors. In your name I eat at Tito’s. Amen.