Home Business Beyond Meat vs. Impossible Foods: Which Plant-Based Protein Comes Out Ahead? 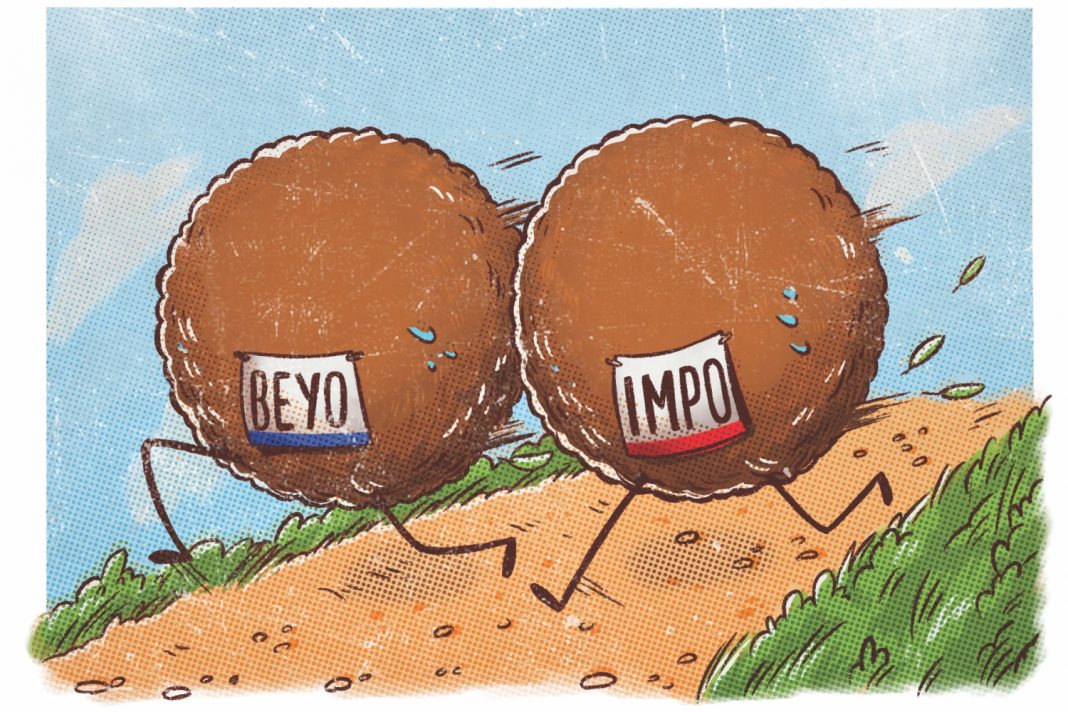 Forget space rockets. Forget driverless cars. The most cutthroat race in the tech world these days has to do with something else entirely: meat made from nonanimal sources. The burgeoning industry—which seeks to replicate the taste and texture of beef using plants—is being led by two companies: Impossible Foods, founded in 2011 and based in the Bay Area, and Beyond Meat, launched in 2009 and headquartered in El Segundo.

Unless you’ve been eating veggie burgers under a rock for the past couple of years, there’s a good chance you’ve sampled or at least seen their products, whether at your favorite restaurant chain or in the supermarket freezer. Though they differ somewhat in methodology and marketing—Beyond Meat early on focused on retail grocery sales, while Impossible Foods primarily partnered with restaurants—both companies stand out for their powerful and influential investors, which have propelled taste-alike beef alternatives from the fringes of the vegan movement only a few years ago into a dominant and growing force in mainstream American food culture.

With “flexitarianism” on the rise, every restaurant chain in the U.S. might soon feature a plant-based option on its menu. The real question is: Which company will supply it?

Round 1: The Cash Race 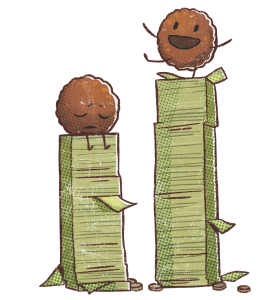 Who’s got the biggest bankroll? Tough to say. Private investors are throwing heaps of cash at Impossible Foods, while Beyond Meat has lit up Wall Street since going public.

With an estimated value of $2.0 billion, Impossible Foods grabbed headlines after its latest and largest round of funding, which totaled $300 million and included celeb backers like Jay-Z, Serena Williams, and Katy Perry. An IPO is rumored but yet unannounced.

Beyond meat is valued at $3.8 billion. During the company’s first day on the Nasdaq, its stock soared from $25 to $70 a share, making it the best debut of any U.S. listing since 2008. Marquee investors include Bill Gates, Leonardo DiCaprio, and Tyson Foods.

The country’s largest fast-food chains are eager to take a bite out of the fake-meat market, with many testing products in smaller locales before going coast-to-coast. Industry trend leader McDonald’s is still on the fence, but there’s buzz about a debut in late 2019. Here’s where the two brands have staked their claims so far:

Burger King: After a trial run in St. Louis, BK is launching a meatless version of its flagship burger The Whopper, of which it sells 2.1 billion each year. Find The Impossible Whopper nationwide soon.

Qdoba: The Mexican chain’s test of seasoned “Impossible Taco” crumbles was so popular in Michigan that Qdoba now offers its Qdoba Impossible Bowl at all 730 locations.

Little Caesars: It took Impossible Foods 50 prototypes to perfect its Italian sausage. Find it atop the Impossible Supreme Pizza at locations in Florida, New Mexico, and Washington state.

Carl’s Jr.: Since January fans of the fast-food joint’s charbroiled burgers have been able to swap in a Beyond Meat patty for an extra $2 charge.

Del Taco: This Taco Bell rival offers plant-based Beyond Tacos filled with seasoned crumbles and garnished with cheddar or avocado at its 580 locations.

TGI Fridays: The sit-down chain fired back at Applebee’s Impossible Burger by adding its own Beyond Meat Cheeseburger in 2018. Bonus point for green bean fries.

Both companies spent millions on research and development to create the most beef like substance possible—The Impossible Burger alone took over five years to perfect.  Made mostly from a blend of soy and potato protein mixed with coconut oil, the company’s secret ingredient is an iron-containing compound called heme. It’s found naturally in meat, and Impossible’s food scientists discovered a way to replicate it by fermenting soy. The result was a juicy patty that “bleeds” like meat with a “beefy” taste and aroma.

Beyond Burger’s recipe calls for pea protein, coconut oil, and yeast extract. Beet juice provides a distinct meatlike color and creates a similar “bleeding” quality. The prepared “meat” doesn’t have the uncanny texture of its competitor’s, but it does hold together better and is less prone to overcooking.

It’s not just chains getting in on the action. Some of L.A.’s most creative chefs are finding ways to feature plant-based meat on their menus. Here’s where to find it.

Impossible Dumplings: Ricebox, a new-wave Cantonese spot, stuffs wrappers with a soy-seasoned filling and steams them in bamboo baskets.

Impossible Tapa: At Ma’am Sir, strips of “meat” are cured with soy and calamansi for Charles Olalia’s take on the popular Filipino breakfast treat.

Beyond Brat: The German-style Beyond Sausage at Dog Haus comes smothered in sauerkraut, carmelized onions, and spicy mustard.

RELATED: Her Vegan Pastries Are So Good You Will Forget Butter Even Exists