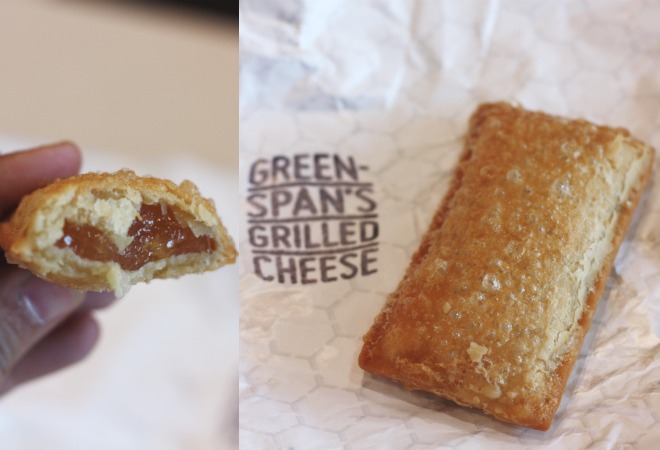 A lot of bad things happened in 1992. One of them involved apple pie.

That year, amid public outcry, McDonald’s decided to stop selling its deep-fried apple pie, opting to switch to a baked version instead. Some alleged that the move aimed to make the dessert healthier, while others hypothesized that McDonald’s viewed the molten, tongue-burning filling as a potential lawsuit (the infamous “hot coffee” lawsuit would be settled two years later).

Whatever the reason, grassroots fervor for the classic fried apple pie remained long after it had officially been discontinued. Once the internet became widespread in the early 2000s, chatrooms and comment threads popped up discussing sightings at rogue franchises in places like Jacksonville and Des Moines. There was even an “Fried Apple Pie Locator Map” online for a period of time.

Whereas the baked apple pie is doughy and leaden, fans attested, the fried version was flaky and ethereal. It was the difference between night and day. Lamented one Chowhound commenter, “I feel sorry for people that were born post-90s. They’ll never know the pure joy that was a McDonald’s fried apple pie.”

But there was still a glimmer of hope for some. At McDonald’s in Canada—the country known for poutine, back bacon, and universal health care—the deep fried pie was still on the menu.

That brings us, circuitously, to L.A. chef Eric Greenspan, who recently opened the long-awaited Greenspan’s Grilled Cheese on Melrose.

While attending a Chicago food industry convention last year, Greenspan was searching for foldable cardboard sleeves, which he hoped could serve as packaging for his sandwiches. “I said to one vendor, ‘I’m looking for the kind they put those apples pies in at McDonald’s.’”

The vendor leaned in toward Greenspan, speaking in what we imagine was a hushed, serious tone, “Remember those fried apple pies they used to have?”

“Of course. They were awesome.” said Greenspan.

The Idaho-based vendor supplied fast food franchises across the Northern U.S. and Canada, and thus had a direct connection with the third-party company who produced the fried pies for you-know-who. Even better, he owed Greenspan a favor. Some strings were pulled and soon the two had distributors shipping blackmarket pies to Los Angeles.

“I found them. I fried them. I served them,” says Greenspan. “It was divine providence.”

The pies are underplayed on the Greenspan’s Grilled Cheese dessert menu, simply listed as “Throwback Apple Pies” ($3). For obvious reasons they aren’t offically billed as pies from the Golden Arches, but when they emerge hot from fryer the resemblance is uncanny: their perfectly rectangular shape, the crispy bubble-speckled crust, and the hot-as-lava, gooey, apple-flavored innards. One bite and you’ll understand why their cult food status has endured for well over a decade.

“I make a lot of things in-house,” says Greenspan, ”but there are some foods you don’t mess with. I don’t want to understand why they are so amazing. They just are. Game recognizes game.”

As part of his “secret menu,” Greenspan serve the pies with a scoop of salted caramel ice cream, or with a slice of American cheese vulcanized on top, or both.

The chef plans to roll out more secret menu items in the near future, via Twitter, including an “inside-out” variation on the grilled cheese. We think it’s doubtful, however, that any of future item—no matter how delicious—will boast as fascinating and secretive an origin story as the fried apple pie.