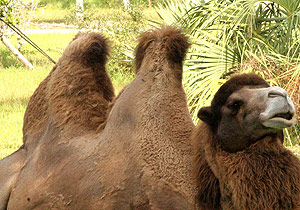 Fraiche in Culver City has started serving weekend brunch, including French- and Italian-inspired egg dishes, salads, paninis, and desserts. Among the new menu items: a Spanish scramble with Merguez sausage, roasted peppers, manchego, and fingerling potatoes ($12); a frittata with zucchini and squash blossoms ($9); a panini with oven-roasted tomatoes, provolone, and pesto ($13). You’ll be able to swill a few daytime-friendly cocktails, too, like the Blood Orange Fizzy (fresh blood orange juice and champagne; $9).

As first reported by the Daily Dish (and shortly after, by absolutely everyone): Kogi—the Korean BBQ taco truck that shot to superstardom thanks to hungry bloggers and a Twitter feed—is taking over the kitchen at the Alibi Room in Culver City. There may also be plans for a downtown brick-and-mortar location in the works. I don’t want to play the devil’s advocate here, but watching a place get so big so quickly makes me think we’ve got T-minus a week before the Kogi backlash begins. Anyone?

It’s going to start smelling a lot less like dreams and a lot more like killer corndogs at Disneyland. They’ve begun powering the Disneyland Railroad with used cooking oil from the resort—which, as our own Mary Melton found out, tends to leave behind the distinct aroma of fried foods. Mmm….

Bottlerock Wine Bar has hired executive Chef Jared Levy to oversee the kitchens at both the existing Culver City location as well as the upcoming downtown spot set to open in March. Levy has worked with such heavy hitters as Michael Cimarusti of Providence and Kris Morningstar, formerly of Blue Velvet and, most recently, Casa.