Home Dining A Local Taqueria Shuts Down Because Patrons Are Having Tantrums Over the... 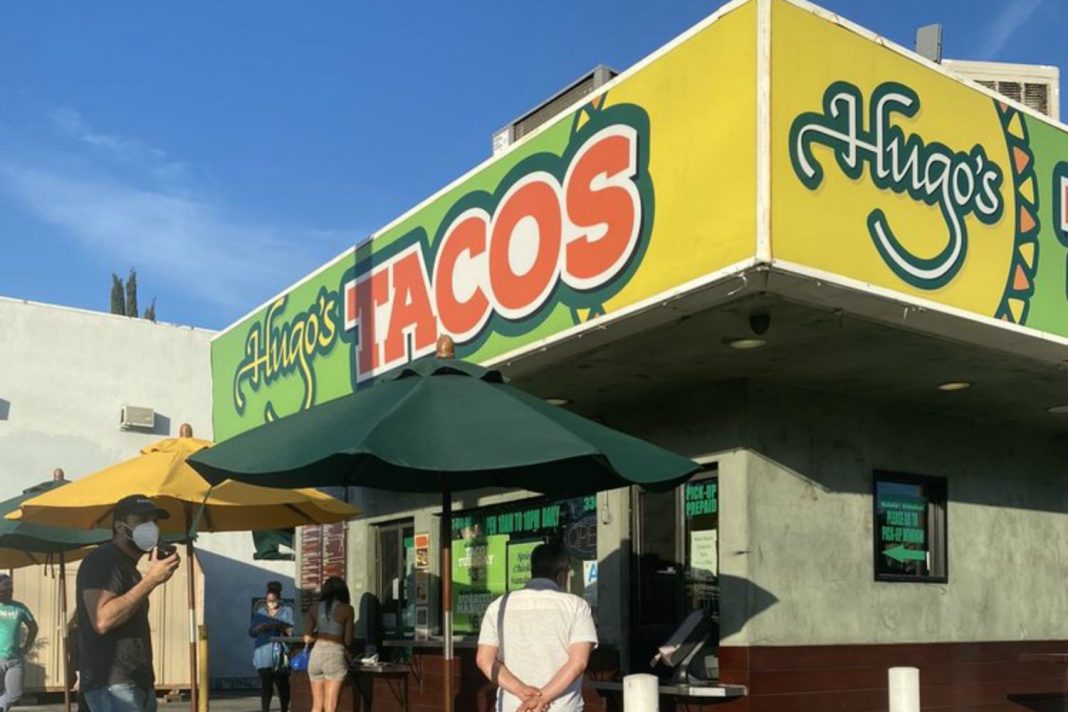 Hugo’s Tacos temporarily closed both of its popular stands over the weekend due to conflicts with customers who refuse to wear face masks. The restaurants instituted a “no mask, no service” policy to keep employees and customers safe amid the COVID-19 pandemic.

While most patrons obliged, the beloved stands have more recently been besieged by angry, maskless customers screaming at staff and throwing drinks through the serving windows. “We’ve noticed that over the past four weeks, these incidents have become more frequent, and there’s more vitriol attached to them,” part-owner Bill Kohne told the Los Angeles Times. “All because of a simple question: Can we ask you to put on a mask? Can we offer you a mask?” The Atwater Village location was the first to close, and the outpost in Studio City followed on Sunday.

Other local restaurants have voiced support for Hugo’s on social media. On Instagram, the griddle meisters at Burgers Never Say Die wrote, “Sending support and love to @hugostacos and every other restaurant in this city because we know what they’ve been dealing with since we go through the same thing every day. It’s so bad at times, we’ve actually considered hiring a security guard. #justwearthedamnmask”

The first Hugo’s restaurant opened in West Hollywood in 1980, and was an early proponent of gluten-free and vegan dishes. They ran a sister coffee house called Highland Grounds in the 1990s that served fancy coffees and chai lattes before they were widely available.

Hugo’s Tacos promises to come back soon after taking a break to “recharge.” In the meantime, a Go Fund Me campaign has raised more than $25,000 in its first day. The funds will be distributed to workers at both locations. This morning, the company tweeted “A mask isn’t symbolic of anything other than our desire to keep our staff healthy” along with #NoMaskNoTaco.

RELATED: What Is It About Wearing a Mask That’s Such a Problem for Some People?