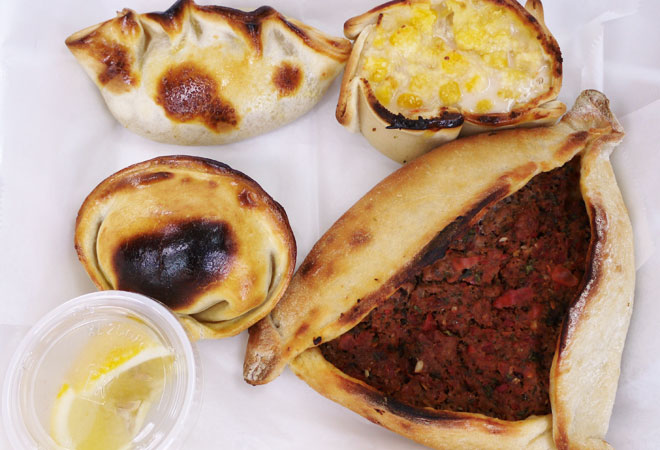 The newly appointed Argentinian Pope Francis is the first American Pope and the first from the southern hemisphere—he’s also the first Jesuit. All together that gives him the perfect disposition for a little counter-reformation—of course I’m talking about the lunch counter. The moment we discovered that the new Pope would be Porteño, calls of  “Che boludo!” (hey my fool) rang out through social media. “Wine and steaks for everyone!,” the people cried. Some even suggested that empanadas would replace communion wafers.

While the new Pope doesn’t indulge in parrilla (grilled meats), or empanadas due to his Jesuit commitment to an austere lifestyle, he does enjoy a glass of secular Malbec, and perhaps a café cortado with a glass of mineral water on the side. But that doesn’t mean we can’t collect some indulgences around town in the form of comforting Argentine fare.

Start out with the best empanadas in town at Rika’s Empanadas in Glendora, a genuine pizza and empanadas joint with a huge selection of repulgues, or folds and shaps to help the baker identify the filling. The salty bleu cheese, Lebanese inspired fatay, and the classic ham and cheese are straight out of Sam Telmo.

At Buenos Aires Grill in Chatsworth you can grab a sinfully good pair of appetizers: grilled provoleta cheese cut by tomatoes, oregano, and red peppers, and a plate of marinated, grilled mollejas, or sweet breads.

Carlitos Gardel is always a great idea, but maybe a traditional outdoor parrilla with Tres gauchos catering. They set up various grills for beets and sweet potatoes, a selection of meats cooked on a cross over a wood fire, salads, and typical sausages: morcillas (blood sausage), and chorizos.

The Tres Gauchos will cook in your backyard or anywhere they can spread out their gaucho grills. Pick up a bottle of Terrazas de los Andes Reserva Malbec—I’m sure the Pope would give you his blessing.

Here’s What Happened When One L.A. Restaurant Went Tip-Free