Home Uncategorized Houston’s Got No Game, Turns Rapper Away 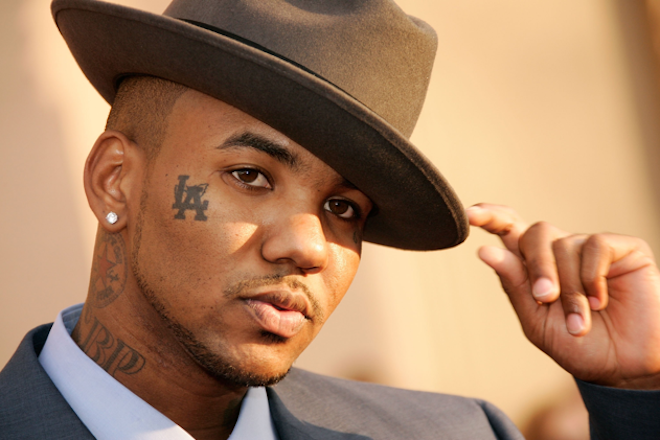 Speaking of tattoos: it appears as though some restaurants reserve the right to deny service to customers who flaunt their ink. According to well-shared tweets from rapper Game yesterday, Houston’s in Pasadena turned him away because he was wearing a tank top that allowed his tattoos to show.

NEVER eating @ Houston’s restaurants as long as I live ! Denied service in Pasadena by mgr “Vy Diep” because: I have tattoos on my arms ?!?

A call to the restaurant this morning went like this:

LAMAG: “Hi, I heard that you denied service to the rapper Game because of his tattoos. Is that true?”

Reservationist: “I don’t know what you’re talking about.”

LAMAG: “I read online that a rapper named Game tried to get a table at Houston’s in Pasadena last night and that he was turned away —”

Reservationist: “I have nothing to say about that, if you want to speak with the manager, he will be in at 3.”

LAMAG: “I am only trying to verify the —”

At which point, the reservationist hung up the phone.

EOnline spoke to a manager at Houston’s Pasadena yesterday, who said that “Houston’s has a strict dress code. The restaurant requires sleeves on all their patrons, no matter who the patron is. If they do not adhere to the dress code, they are asked to leave.”

After being turned away at Houston’s, Game went over to California Pizza Kitchen. There, he was welcomed with open arms. He tweeted, “the mgr Kong even gave me a FREE de[s]sert.“