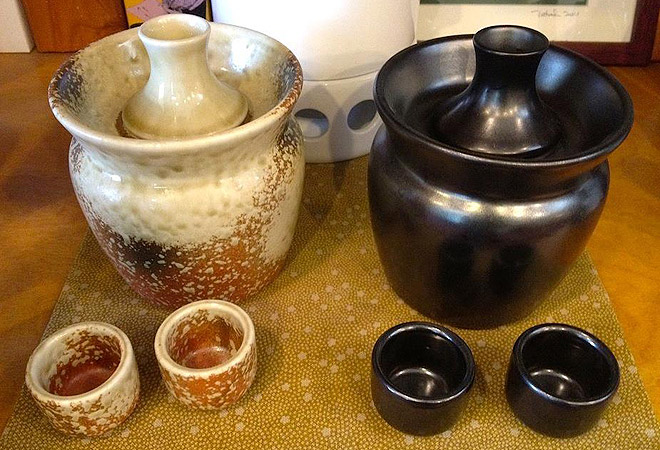 You thirst for sake…

1. Settle On the Grade
Sake comes in several levels of quality that are determined by how much of the rice’s brown husk is removed by polishing before brewing. As a rule, the more polished the rice, the higher the grade of sake—and the price. Here are the three finest:

Junmai Daiginjo: The highest grade of sake uses grains that have had half of their original volume polished away. The brews tend to be elegantly floral and complex. Pair with: Salty or cured dishes.

Junmai Ginjo: This variety, which maintains 60 percent of its original size after polishing, usually emits light, fruity aromas. Pair with: Sashimi and bolder-flavored fish like mackerel.

Junmai: Full-bodied flavors result when more of the grain is left post polish: a downright bulky 70 percent. Pair with: Cooked or seared fish.

2. Decide on the Heft
Sake’s alcohol content is typically between 13 and 18 percent—the equivalent of strong red wine.

3. Take Your Temperature
Contrary to the steamy swill many of us are familiar with, most experts advise that sake is best consumed when chilled. Heating it kills much of the flavor and aroma. If you like it slightly warm, you can order it hitohada—at body temperature.

Or maybe you want beer…

1. Don’t Hop to It
Light, virtually flavorless lagers dominate most lists for a reason: They don’t overwhelm the fish the way a big IPA might, and the strong bubbles cleanse the palate.

When only wine will do…

1. Get Sparkly
Champagne’s bright acids and effervescence enhance the subtle flavors of fish.

2. Stay Dry
Any dry white, such as a chablis, will help your sushi sing.

3. Turn Red
Oenophiles suggest something pinot noir based, so consider a delicate burgundy with that bigeye tuna.