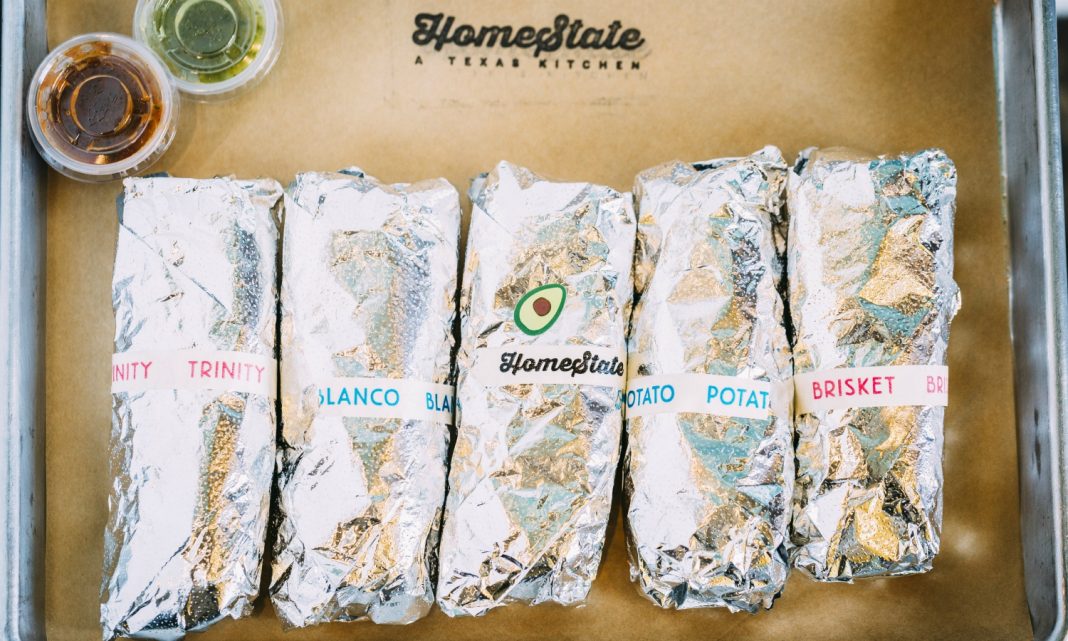 L.A.’s Mexican food is in a category all of its own, but we’d be remiss to overlook Mexican food by way of Texas. HomeState, with its two locations in East Hollywood and Highland Park, has become L.A.’s Tex-Mex go-to. Chef-owner Briana Valedez is serving staples like Migas (definitely worth a try) and, of course, Frito pie (because who doesn’t love Frito pie?), but let’s face it—people are lining up for the tacos, savory fillings swaddled in one of their knockout house-made flour tortillas. We tried every taco on the menu—breakfast and anytime—and there were some surprising favorites.

This vegetarian taco has black beans and Monterey Jack cheese. OK, so bean tacos have never been a favorite (as previous rankings demonstrate). This one is tasty, simple, and filling, but there’s just so much else to try.

For the ovo-lacto vegetarians, the comal taco has black beans, Monterey Jack cheese, and eggs. The eggs have a nice velvety texture, as do the beans, but there are a few other more satisfying vegetarian tacos you’re gonna want to try first.

The only vegan taco on the menu is made with refried black beans, pico de gallo, cabbage slaw, pickled onion, and a corn tortilla. Whereas most vegan choices these days rely heavily on some sort of meat substitute, this one is simply full of bright, fresh flavors.

The picadillo taco has ground beef, potato, carrots, cabbage slaw, and pickled jalapeño. It’s beefy as all get out, but it’d be even better with a big glob of queso. Good news—you can (and should) order some ooey-gooey queso on the side. And you can (and should) pour it all over this taco.

Look at this—a bean taco sitting pretty at number ten. This taco is made with refried charro beans and Monterey Jack cheese, and has a heartier, meatier flavor than the black bean variety. Without giving away any surprises, the charro beans make another appearance higher on the list.

The blanco taco has egg whites, mushrooms, and Monterey Jack cheese. If you’re trying to watch your calorie/cholesterol/general-unhealthy-stuff intake, this is a great option. The flavors are much lighter, and it’s not quite as seasoned or filling as the other tacos.

When you see that deep-orange color on the chicken, you know it’s gonna be a good taco. The achiote marinade is what gives the chicken a fiery hue and a subtle earthiness. This one’s also piled high with guacamole and cabbage slaw for an added fresh crunch. 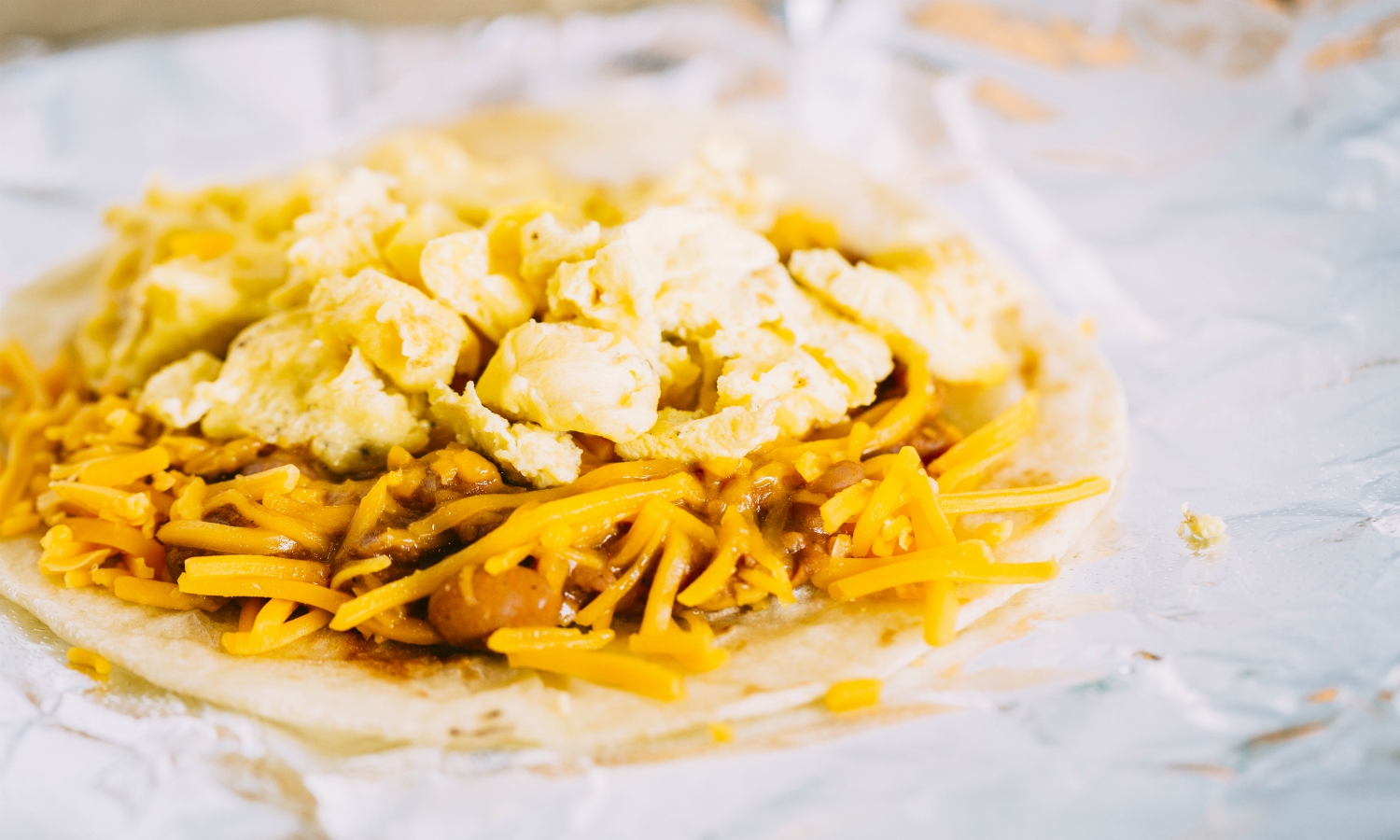 The neches is made with eggs, refried charro beans, and cheddar cheese. Though it’s a taco, the eggs and cheese and especially the beans (those charro beans!) make it feel more substantial, almost like a burrito. It’s super cheesy and the beans practically spill out of this thing with every bite. Should that happen, we suggest cleaning up the mess with a tortilla chip.

The Pecos taco is super meaty. It has eggs and shredded brisket. Cooked low and slow for 12 hours and shredded every morning, the brisket is juicy and tender. The eggs are a nice touch, although they wouldn’t be too sorely missed if they weren’t on this taco at all. 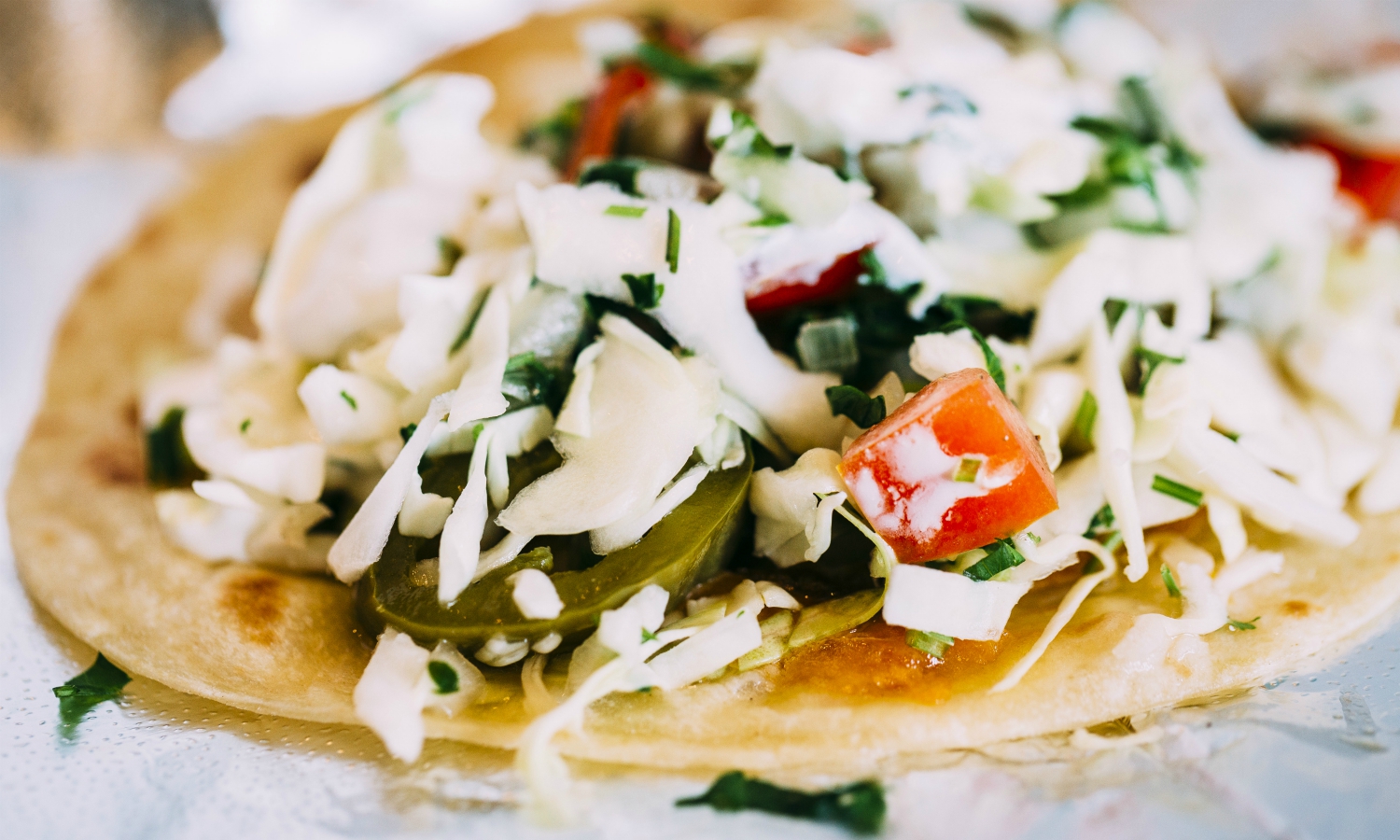 This vegetarian taco has potatoes, cheddar, sour cream, guacamole, cabbage slaw, pico de gallo, and pickled jalapeño, making this the only taco that had any real noticeable heat. The list of ingredients may be long, but everything is well balanced, fresh, and vibrant.

Made with eggs, chorizo, and cheddar, this taco is one of the more simple creations, but the flavor is intense. The chorizo is well seasoned and gives this taco a nice peppery flavor. Though it’s spiced, there isn’t much heat—turn it up by adding sauce.

The juicy brisket from the Pecos taco strikes again, and this time it brought a couple of friends: guacamole and cabbage slaw. That brisket is everything, but the fresh guac and slaw are perfect additions.

The trinity taco has a breakfast all-star roster: bacon, potatoes, eggs, and cheddar cheese. Can it get any more breakfast-y than that? This is everything you need for an amazing breakfast, brunch, or br-anytime meal.

Each month, HomeState unveils a new off-menu “band taco” in partnership with an indie band or musician, and part of its proceeds go to the Silverlake Conservatory of Music. Back in August of 2016, HomeState featured a Tijuana Panthers band taco, and it’s been the most popular band taco to date. Years after its premiere, people still order it! Made with tender brisket, crispy potatoes, queso, and pico de gallo, it was our favorite of all the tacos we tried. With all that meat, cheese, and potatoes, it’s a hefty one, so prepare yourself for a food coma afterwards, Perhaps to the sounds of a Tijuana Panthers album…

RELATED: We Ranked All 15 Guisados Tacos