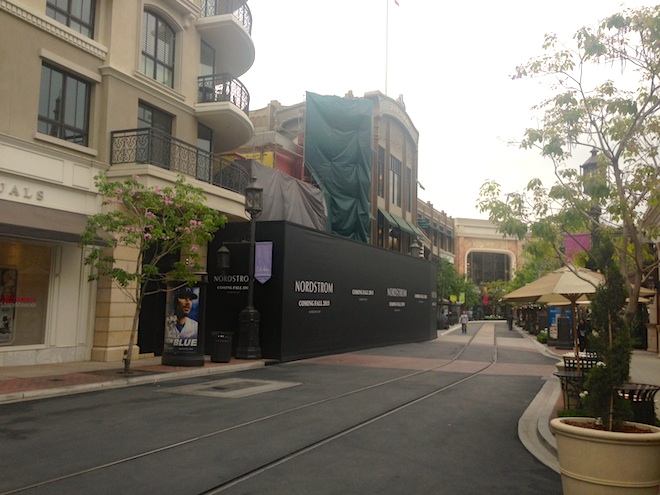 If you’ve driven down Central Avenue in Glendale recently, between the Glendale Galleria and the newer, shinier Americana at Brand, you may have noticed that the Galleria is pumping up passers by with promises of great new restaurants and shops. Not to be outdone, Americana developer Rick Caruso himself invited media to breakfast his morning to announce his own restaurant news.

Coming this fall to the corner of Brand and Colorado is Taiwanese dumpling chain Din Tai Fung, which Caruso called “one of the greatest Chinese restaurants in the world.” This marks Din Tai Fung’s fourth U.S. location; They currently have two in Arcadia and one in Bellevue, WA. Also opening up nearby at the Americana is Michael Mina’s Bourbon Steak. This is the concept’s fifth location nationwide and the first to open in Los Angeles.

Additionally, a new Nordstrom department store is opening at the Americana. Inside, a bar and grill concept is set to serve when the store opens this summer.