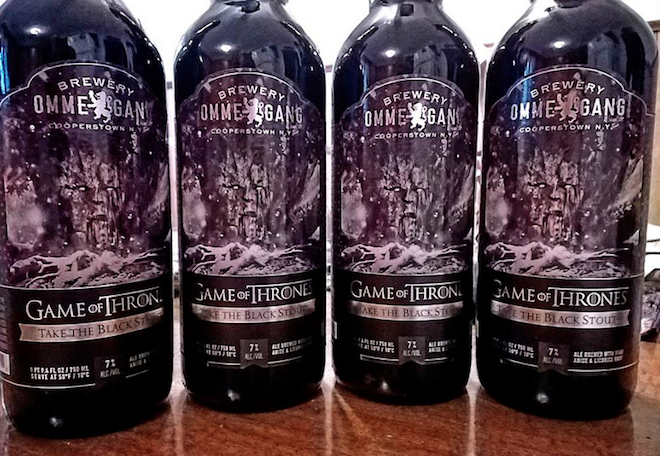 Bar Marmont Welcomes the Spring with With Oyster Night — 3/20
Transition into the new season with four kinds of Washington State oysters and a Bloody Mary. Tonight only, West Hollywood’s Bar Marmont will be shucking oysters for a little over $1 a pop and offering a special Bloody Mary trio. The bivalve devouring starts at 6 p.m. and continues until they’re all shelled out. More information.

Fourth Annual Food and Wine Festival in Palm Desert — 3/21-3
Feel like ditching L.A. for the weekend? This three-day event kicks off on Friday with a four-course luncheon cooked by James Beard-worthy chefs like L.A.’s David LeFevre (M.B. Post) and S.F.’s Matthew Accarrino (SPQR). The next day’s California Dreamin’ feast will celebrate the Golden State lifestyle, its local chefs, and homegrown wineries. The event will finish strong with Brunch, Bubbles, and Brew, a daytime celebration of brunch eats, sparkly drinks, and some of the Coachella Valley’s finest microbrews. More information.

Bitters, Liqueurs and Cocktail Basics at the Greystone Mansion in Beverly Hills —3/21
Say goodbye to triple sec and hello to a batch of homemade liqueurs. The Institute of Domestic Technology hosts this two-hour, $95 tutorial where wannabe moonshiners can learn how to make their own liqueurs and bitters. Once the hard work is done, students can sample their creations and snack on artisanal goodies with classmates. More information.

Hollywood Bacon Crawl — 3/26
Calling all bacon fanatics! Dishcrawl, an organization that takes curious eaters out for a day of restaurant hopping, strikes again, this time shepherding pork lovers through Hollywood for some of the city’s best bacon-inspired plates. Ticket holders don’t learn what three restaurants they’re hitting until 48 hours before the event. If you’re into mystery and bacon, get your tickets online before they sell out. More information.

Game of Thrones Beer Takeover at Plan Check Fairfax — 3/22 – 4/6
New York State’s Ommegang brewery comes to Fairfax’s Plan Check to pour eight of its Belgian-style beers and celebrate season four of HBO’s Game of Thrones. The tap takeover concludes on the premiere date with the debut of Ommegang’s newest themed beer, Fire & Blood. Executive chef Ernesto Uchimura has created a custom Game of Thrones burger to pair with the guest brews, and if you purchase a pint during the event you’ll score a limited-edition beer stein. More information.