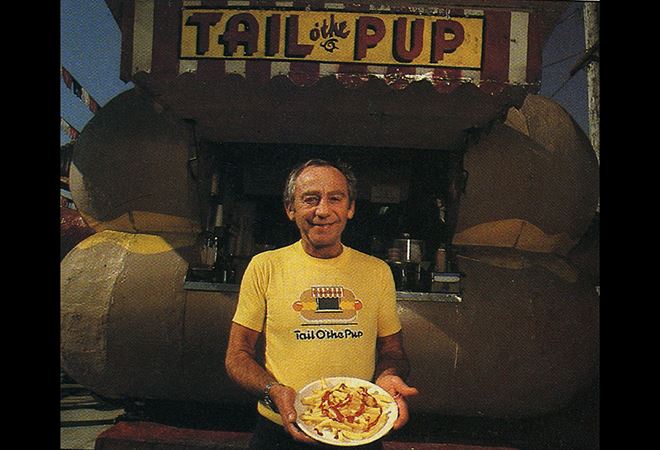 Both history fans and hot dog fans have a reason to celebrate: According to a video released by Vintage Los Angeles back in June, the Blake family—owners of the iconic Tail o’ The Pup, which stood for decades on La Cienega and later on San Vicente before closing in 2005—have plans to re-open the stand and serve one again.

The stand is currently being rennovated in Las Vegas after being in storage for the better part of a decade. Once completed, the Blake family hopes to put into back into commision, perhaps as part of a roving mobile food trailer or planted in a new location altogether.

Designed by architect Milton Black and built in 1946, the stand still holds special significance for Baby Boomer Angelenos, and has been featured in countless TV show and movies throughout the years (including a very famous scene in Steve Martin’s “L.A. Story”).

Watch the video below for the full story: