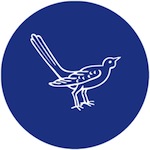 Even though the opening of chef David Myers’ new Century City restaurant Hinoki & the Bird had suffered from one delay after another (the grand opening is now slated for this Saturday*), one bit of good awesome news is that the chef has once again tapped New York mixologist Sam Ross (Milk & Honey) to handle the cocktail program.

[*UPDATE (3:08 p.m.): A publicist alerts us that the restaurant is open tonight for dinner.]

For those not familiar with the name, Ross is responsible for training L.A.’s own superstar bartenders Julian Cox (Rivera, Playa, Picca) and Joel Black (Caña Rum Bar, Three Clubs) when he launched the cocktail program at West Hollywood’s Comme Ça back in 2007. He’s only been on the cocktail scene for less than a decade and already has a legacy. You can thank him for those big blocks of ice in cocktails, new twists on classics and Penicillin.

Hinoki’s drink menu features 14 cocktails with “a California flair but using a solid classic cocktail foundation.” However, chef Myers also wanted it to be different from Comme Ça and more complementary to the new restaurant’s Californian-Asian aesthetic. But rather than load it up with crazy nori infusions and Japanese names, the drinks are made in “Tokyo cocktail style,” which means using produce that is at the height of its season. “Every couple of weeks we’ll go to the chefs and say, ‘Give us two fruits that are just perfectly in season,’” said Ross.

The seasonal cocktails are divided up into four categories of “Cups,” “Swizzles,” “Negroni & the like,” and “Quaffers.” A quaffer is a double-tiered stacked glassware which divides the cocktail in two parts, one filled with the spirit and the other with fresh juice. The Negroni section presents four different variations on the classic cocktail, which happens to be Ross’ favorite libation. In addition to the traditional Negroni—made with gin, sweet vermouth, and a bittering liqueur—there’s also a rum Negroni, a White Negroni, and a delicious-sounding “Harajuku Negroni” with Hakushu Single Malt Whiskey, Gran Classico bitter, Byrrh Grand Quinquina, and chocolate bitters.