Home Dining Chefs and Restaurateurs What the Heck Happened with Ricardo Zarate? 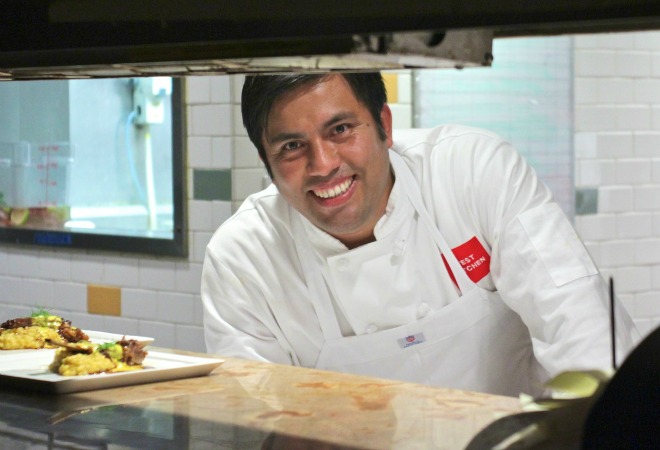 Peruvian chef Ricardo Zarate is in the hot seat at the moment, with rumors swirling that he was ousted from all of his restaurants, which include Picca, Mo-Chica, and Paiche. Eater L.A. was first to report that Zarate had been forced out of his own hospitality group, Zarate Restaurants, by his investors, but restaurateur Bill Chait—who we profile in this month’s issue—tells us that, at least in the case of Picca, daily operations will not be affected.

“The restaurant is not closing,” Chait told us. “It’s doing fine. The gist of the whole deal is that Ricardo has got an internal dispute with his investors.”

Chait wouldn’t comment on the nature of the dispute, though he did say that Picca shares many of the same investors, and that he is aware of the details.

“People, including myself, have made huge investments in Ricardo—that’s huge with a capital ‘H’—we’re talking millions. So, it’s a little cavalier for him to start saying that he’s been thrown out.”

So far, Chait, who maintains a managing ownership role in Picca, is the only one talking. Zarate has not issued an official statement, but the chef told us in an email that he’s currently in London and is “surprised this is happening!!!!”

That Zarate is out of the country seems to be representative of the larger problem. Chait, who specifies that he is not part of the dispute taking place between the chef and his other restaurants, notes that Zarate’s expansion and branding ambitions don’t fit into the restaurateur’s usual business model, which he discusses at length in this month’s Los Angeles magazine profile.

While Chait told the L.A. Times that Zarate hasn’t been in the restaurant in two years, he clarified with us that he’s been “in and out,” and that the chef did roll out a new menu a few weeks ago. “When first he opened Picca,” says Chait, “it was the most important thing in his life. Within a year, though, he was opening Mo-Chica, then Paiche, and then Blue Tavern. He had a succession of other chefs who he moved through the restaurants. It’s not the same structure as the other partnerships I’m involved with.”

While we anxiously await comment from Zarate’s camp, one thing is certain: Three L.A. restaurants are now short one heck of a chef. We wish all parties the best. Now, who wants some ceviche?