Home Uncategorized Have Your Cake, and Eat it for Breakfast, Too 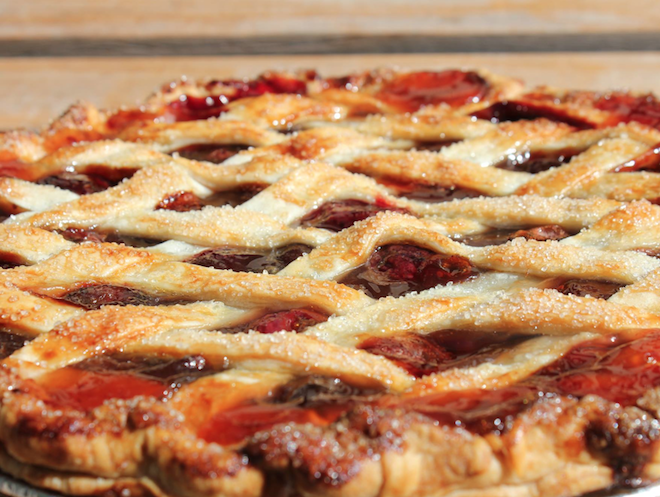 A recent study of muffin recipes in each editon of The Joy of Cooking led local culinary historian Linda Civitello to come to the conclusion that the only difference today between a muffin and a cupcake is the frosting on top. “The muffin recipe in today’s The Joy of Cooking has nearly four times as much sugar as the recipe from the 1975 edition. It also has twice as much butter. It’s a cake,” she announced at a food conference last year.

I was mostly nonplussed. Of course it’s a cake, I thought. The structure is the same. And anyway, cakes are better than muffins. Now, Civitello was making a grander, more socially responsible point about how much sugar we inhale in this country, but let’s focus on the positive news here. If muffins, which are acceptable breakfast foods, are actually cakes, then that means—and algebra is not my strong suit, but I think I’m onto something here—we can eat cake for breakfast!

But why stop there? Here are six desserts to eat for breakfast in L.A.

Brown Derby Grapefruit Cake at Valerie Confections: One of L.A.’s most iconic restaurant chains, The Brown Derby, was famous for its derby hat-shaped cakes. Local resident and baker Valerie Gordon so fondly remembers the Derby’s grapefruit cake that She’s reproduced it and occasionally sells it by the slice at Valerie Confections at Grand Central Market downtown. It’s a light vanilla cake (basically, a muffin), filled and frosted with cream cheese frosting (basically, bagel schmear), and topped with grapefruit (for years, the quintessential breakfast fruit).

Fruit Pie at FarmShop: Pastry chef Brittney Turnquist keeps her fruit pies seasonal, so keep an eye out for apples and pears wrapped in flaky pastry this month and next. Pie, after all, is just a danish in disguise.

Bread Pudding at Huckleberry: Calling it ‘pudding’ isn’t fooling anyone. Buttery, custardy bread pudding is closely related that ultimate brunch item known as French toast. At Huckleberry, Zoe Nathan alternates between coating it with caramel, studding it with chocolate chips, and topping it with stewed fruit.

Popsicles at Spago: New to the happy hour bar bites menu at Spago Beverly Hills are creamy frozen treats called kulfi pops. Made in the style of Indian frozen yogurt and dotted with fruit, these would be ideal for breakfast on the go.

Oatmeal Raisin Cookie at Milo & Olive: Not only is this cookie gluten-free, it’s like eating a wholesome bowl of oatmeal—except, without the feeling-like-you’re-eating-slop part. Crisp and lacy, it’s bespangled with golden raisins and walnuts.

Kaiserschmarrn at BierBeisl: These Austrian souffle-like pancakes are commonly served as a dessert, but could easily hold their own on the breakfast table. Fluffy shards of pancake come piled high on a plate with fruit sauce on the side. Dusted with powdered sugar they look a miniature Alpine range.