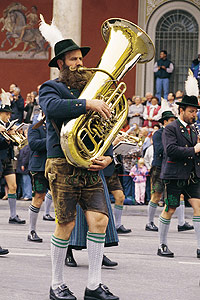 If the trek down to Alpine Village in Torrance feels about as daunting as a flight to Munich (Plus, I hear they pour Budweiser—sacrilege!), there’s another option. Some might say, a better option.

Red Carpet Wine, my new favorite wine and beer emporium, is throwing a little Oktoberfest shindig of its own. This Saturday from 1-4, they’ll be pouring between 15 and 20 German and German-Inspired brews including Weihenstephaner, Spaten, Sam Adams, Hofbrau, Schneider, and Paulaner. Representatives from several of the breweries will be there, along with what they’re calling “way too much food” (ie, loads of beer-boiled brats n’ such).

Because really, no one should be expected to endure that much accordion.