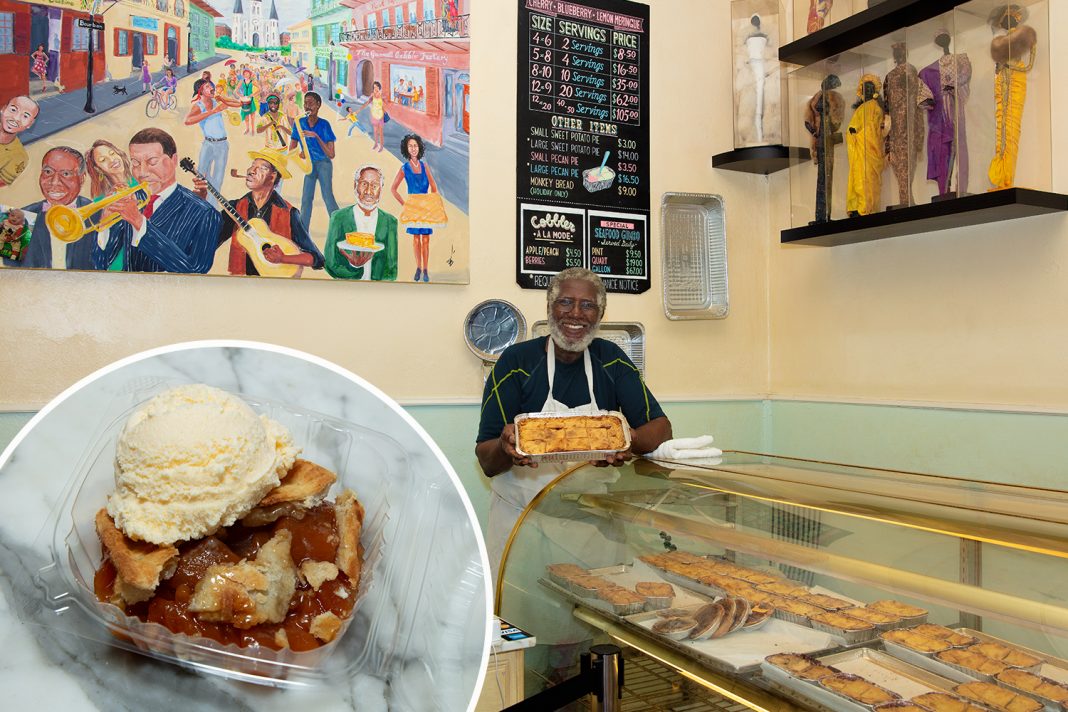 On a quiet side street just off Pasadena’s busy Colorado Boulevard, the sweet, smoky smell of barbecued meat and buttery fruit cobbler mingle in the air. Through the front window of an unassuming storefront, a neon open sign shines brightly and, above it, a placard reads “Gourmet Cobbler Factory.”

“Everybody loves peach,” says Clifton Powell of his bakery’s most popular cobbler. “But I have all the flavors: apple, mixed berry, blackberry, blueberry, boysenberry, and lemon meringue.”

Powell, who’s 76, grew up in Mississippi and New Orleans and moved to California when he was 16. He worked at Disney for 30 years as a machinist, and in 2002, three years before retiring from Mickey and Co., he took over the storefront. Powell and his family lived across the street at the time, when it was another bakery. Back then, he was eager to share his family’s secret recipes for the dessert, along with his seafood gumbo. “I learned how to make cobbler down south. My sister actually taught me.” 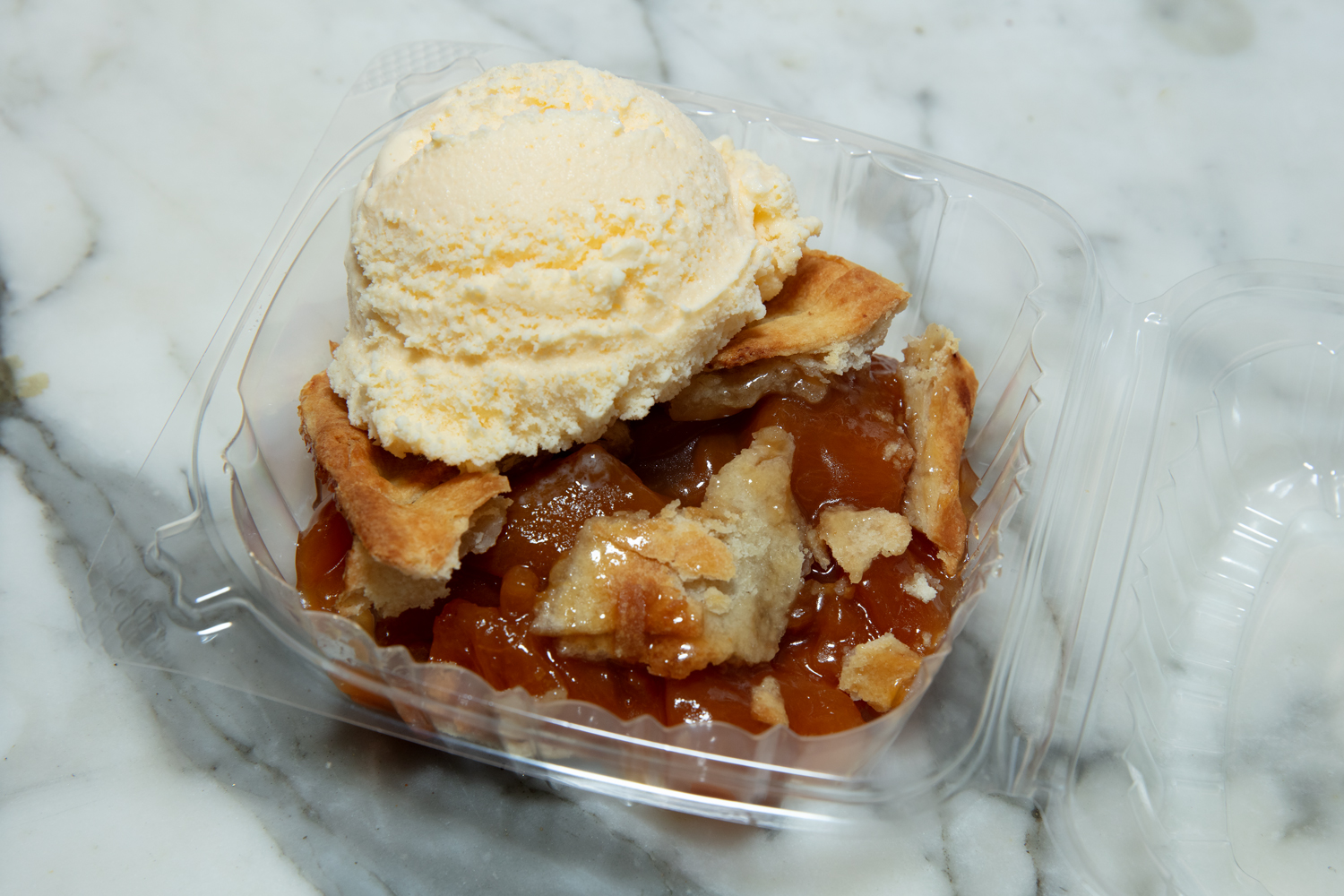 In March, the Gourmet Cobbler Factory closed its doors for the lockdown, but since reopening in May for takeout only, business has been steady. Powell and his wife of 56 years, Gloria, stock their glass pastry case with extra peach cobblers every morning, and they usually sell out by day’s end to a steady flow of customers—locals and those who travel from farther afield on word of mouth. The secret, says Powell, is in the crust.

“Most cobblers don’t have a bottom; they just have a top. I put a bottom on all of my cobblers,” he says. “And I put a double crust on the top because if the crust is good, people love it.” In recent years, Powell has added a barbecue menu, turning out chicken, ribs, tri-tip, and pulled pork from an indoor smoker, making Gourmet Cobbler Factory a one-stop shop for dinner and dessert. But the namesake pastry remains the star attraction.

“We use fresh fruit on all of our cobblers; we don’t use canned anything. Our recipe is very Southern,” Powell says. “I have to say, I have not tried cobbler anywhere else quite like mine.”