Inside the dining room at Gogo’s Tacos, a rainbow of stripes streaks across the white walls and ceiling like a Hot Wheels freeway, and the blue-and-white tile floor resembles a coral reef. A mural depicts the Virgin Mary holding a levitating taco under a flame, a reminder that eating tacos can be a spiritual experience.

The high-traffic stretch of Beverly Boulevard where Koreatown meets Silver Lake has been popular for tacos for decades thanks to restaurants like the Mexican Village and Tacos Mexico. Gogo’s owner Brittney Valles is a managing partner at Guerrilla Tacos, one of L.A.’s most ambitious Mexican restaurants, but she shied away from replicating Guerrilla when she was revamping the former Tacos Mexico space.

“Guerrilla Tacos is really one of a kind,” Valles says. “I wanted to create something that was totally opposite of Guerrilla Tacos, very straightforward and simple. Guerrilla Tacos is always changing. The food pushes the envelope and we are flexing our creative muscles there. At Gogo’s we are not reinventing the wheel, we are doing our take on the classics.” As she often jokes, “If I didn’t own Guerrilla Tacos, my mom would never come.”

To help execute her vision, Valles hired executive chef Christina Galtman, a Whittier native who graduated from Le Cordon Bleu in Pasadena and previously worked for restaurants like Patina and Le Comptoir and as a private and corporate chef. Gogo’s Tacos is a return to the more straightforward Mexican cooking she did with her grandmother as a child. 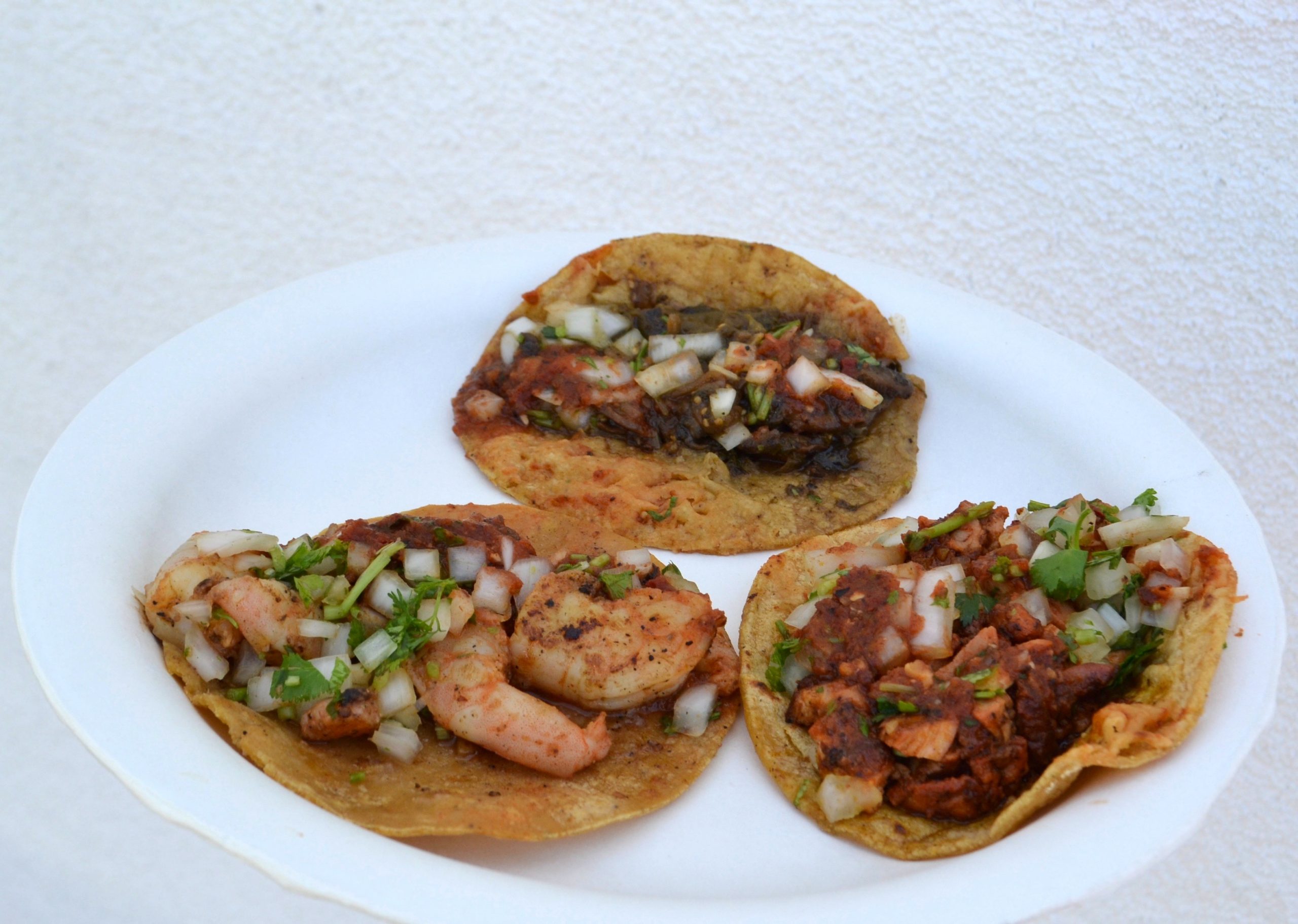 Gogo’s also serves fluffy Mexican rice, refried pinto beans, and vanilla soft-serve ice cream in a float or in a cone, either naked or dipped in chocolate.

Valles, 28, first partnered with Guerrilla Tacos founder Wes Avila in 2015, when they were still running the brand from a food truck. They opened a sit-down restaurant in 2018, and then Avila departed to open Angry Egret Dinette in 2020. Valles is busier than ever. Earlier this year, her Guerrilla Tacos team also retooled the food program at Tiago Coffee Bar + Kitchen in Hollywood.

Gogo’s, which Valles named for her mother, is a highly personal taqueria. “Last year I lost someone to suicide and needed to channel my energy into something,” she says. “I wanted to build something to help young people from communities like mine with mental health services. I know restaurants, so I built Gogo’s as a funding source to do this.” Partial proceeds benefit the Juan Carlos Cantoni Foundation, a nonprofit Valles founded and manages with Cantoni’s mother and grandmother that supports young people and mental health.

Valles has grand ambitions for Gogo’s Tacos and is already considering expansion. “My goal is to introduce L.A.-style tacos to the rest of the country,” she says. “The perfect location is a freestanding little hut or building. Once that comes up, we will start working on another location.”