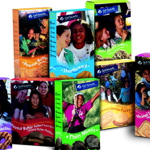 We all order too many girl scout cookies… but most of us just put on our stretchy pants and slowly force our way through all of our “extra boxes” like champs. Not the case apparently when it comes to the actual Girl Scout councils, who order the cookies from two contract bakeries each year. When they buy too many, they can return up to 1% of the surplus and not get charged for it. But then what becomes of them?

According to a video uncovered by CBS 2, this order of 1,100 cases (aka 13,200 boxes) of Girl Scout cookies was sent to be destroyed—crushed by a bulldozer before making its way to a landfill rather than a food bank. Deplorable. Inexcusable. And downright wrong.

The video was shot last May, but the CBS report says the practice has gone on for years. Chuck MacKinnon of San Gorgonio Girl Scouts Council in Redlands claims he was unaware that this was what happened with unsold boxes, going on to explain that he didn’t feel this was the “Girl Scout way” and that he wanted to ensure it would never happen again. [via Grub Street LA]

Once Dismissed as a Lightweight, Shari Redstone Is Now the Most Powerful Woman in Town