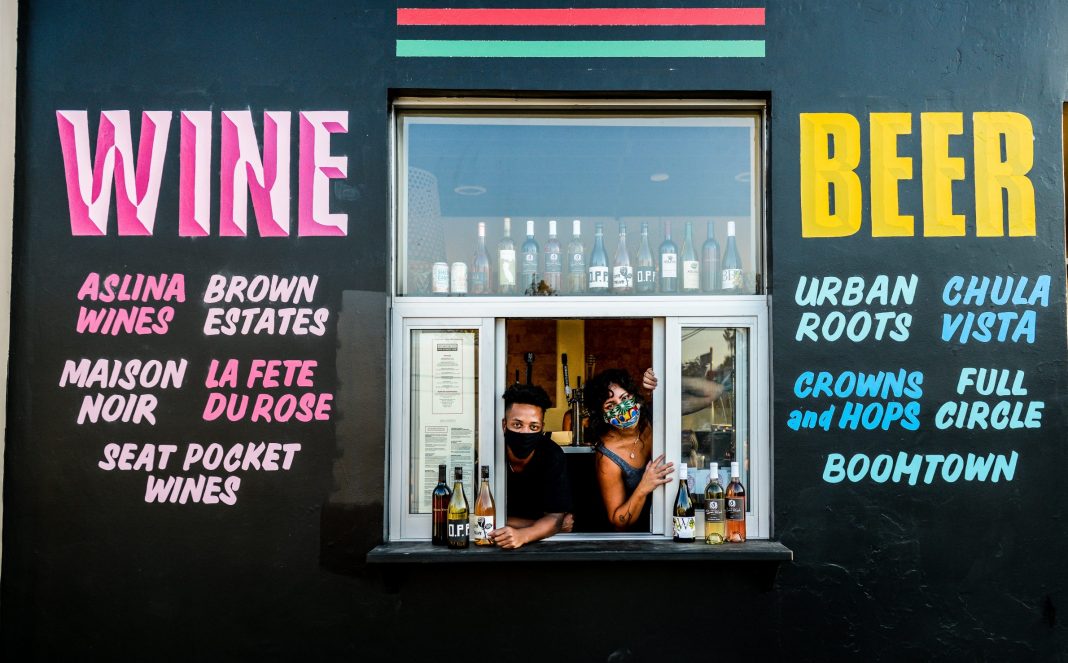 At Silver Lake’s Gingergrass, owners John Himmelstein and D’nell Larson are encouraging customers to broaden their horizons with a menu exclusively focused on Black-owned wine and beer brands. The pair wanted to find a way to incorporate recent movements for racial justice into their hospitality service and expose patrons to brands they might not otherwise find. Cans and bottles come via a cheery wine window, and can be taken away or consumed at the on-site beer garden-style tent.

Wine offerings at the window include Aslina Wines, a label started by the first Black woman wine maker in South Africa, and Brown Estates, the only Black-owned winery in Napa Valley, among other other makers. Beers come from L.A. breweries Boomtown and Crown and Hops, as well as Sacramento’s Urban Roots and Fresno’s Full Circle. 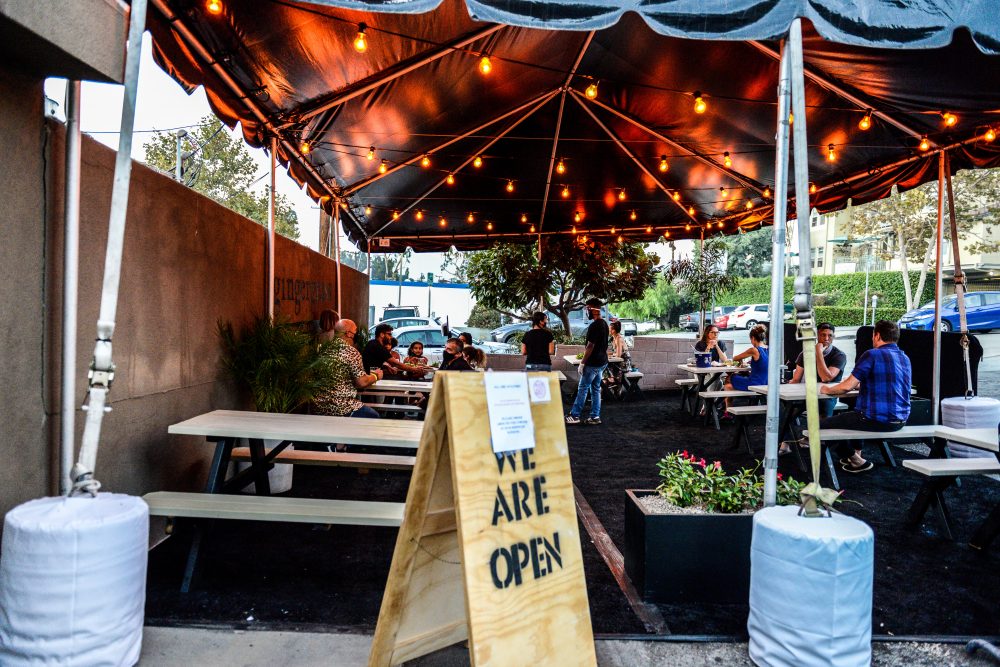 Making Black-made wine more accessible to consumers and raising visibility of Black-owned brands is a key step towards increasing diversity in an overwhelmingly white industry. One 2019 survey of American wine professionals found only two percent of respondents identified as Black or African, while 84 percent identified as white.

In June, Dorothy J. Gaiter, the Pulitzer Prize-nominated journalist and wine expert who served for 12 years as a wine critic for the Wall Street Journal, penned an essay for SevenFifty Daily about her own experience as a Black woman in what she called the “exclusive all-white club” of wine.

“Look at every sector of the industry, save the actual hard work in the vineyards, which is done largely by Hispanics, and you’ll find only a few of us here and there. A sprinkling of color. It’s not because we’re not interested in wine, or uneducated about wine, or that we can’t be found. It’s because we’re really not wanted, except maybe for optics, or as a market for Muscat,” she wrote.

Gaiter added that, in spite of her status as one of the most widely-read wine writers in the world, “at large wine trade tastings, I still have to elbow my way to get a splash because way too often the white male pourers figure they need to impress or entertain the white men next to me.”

Another Black female wine professional, Julia Coney, told The Washington Post that she often feels subjected to racism when simply trying to enjoy a tasting or buy a bottle, be it from store or winery staff, or even other customers. Coney recalled one visit to a Napa Valley tasting room where a stranger told her, “I didn’t know you people drink wine.”

The craft beer industry, too, struggles with a lack of diversity and inclusion of BIPOC professionals and enthusiasts. Last year, prominent Michigan-based brand Founder’s was embroiled in a discrimination lawsuit that exposed racist behavior by the company’s execs–and triggered a broader conversation about race in the beer scene.