Home Uncategorized Where to Get Foie Gras for Free (Legally!) Tomorrow 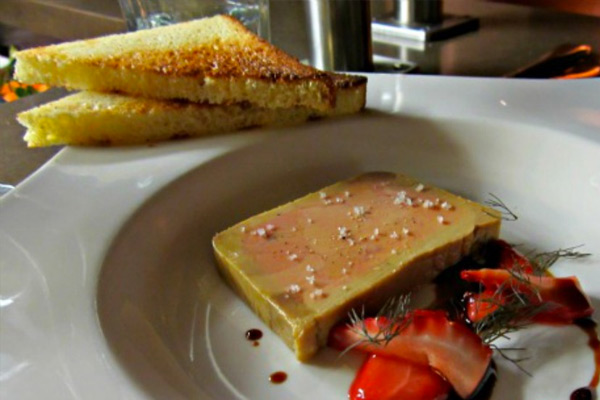 Sorry uni (or congrats, considering which side of the spines you’re on)—sea urchin is once again second fiddle to foie gras thanks to a U.S. Court District Judge who ruled this morning that California’s law banning the sale of foie went too far, stepping on the toes of the federal interstate commerce clause laws, according to the San Francisco Chronicle. What does that mean? Well, as of today, the sale of foie gras produced outside California is now legal. Like, right now.

“It’s amazing!” says Krissy Lefebvre, wife of chef Ludo who says he’s already placed his order and as soon as it arrives will be serving seared foie at Tros Mec and a foie gras terrine at Petit Trois.

Chef José Andrés is also rushing to get his hands on the stuff, promising via Twitter free foie gras cotton candy to anyone who stops by the Bazaar at the SLS between 5 and 7 p.m. tomorrow.

“My day has been insane,” says Alex Brown of Gourmet Imports in Alhambra, which was one of L.A.’s top wholesale suppliers of foie gras before the ban went into effect in 2012. When reached for a comment to today’s news, Brown replied, “As soon as every chef in L.A. stops calling me!”

So, we have a feeling you’ll be seeing a glut of fatty duck liver dishes around these parts soon—which, depending on which side of the issue you’re on, is great news or terrible news. More as this story develops.

Seven Places to Get Your Foie Gras Fix