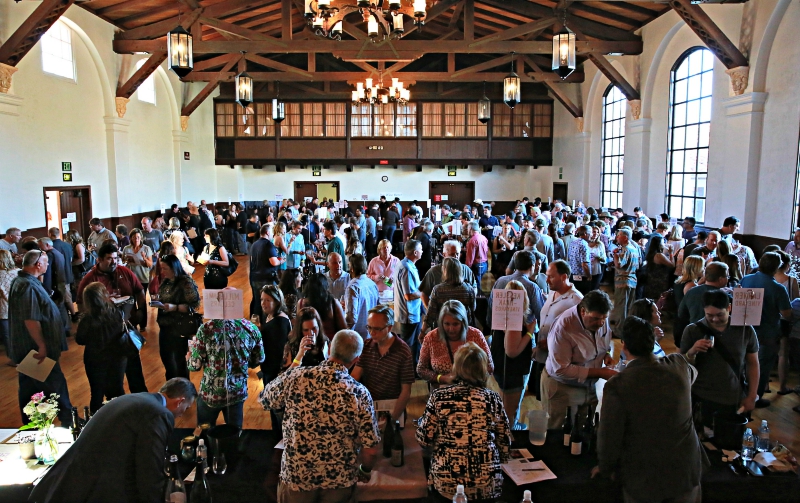 The story goes like this: Renowned wine critic Robert Parker was in France, visiting some high-end chateaux to taste their latest vintage. En route to his next appointment, he passed a small farm with a sign saying they were selling wine. Curious, he asked his hosts at the chateau about it.

“And the guy from the chateau haughtily said, ‘Oh you don’t want to try their wine. They are just garagistes,’” recounts California winemaker Doug Minnick. “Meaning they were [making wine] in their garage.”

Eventually, small winemakers came to embrace the term “garagiste” to set themselves apart from their wealthier competitors, who were bound by France’s strict wine regulations while the garagistes were free to experiment with whatever grape varietals and production methods they pleased. “They were renegades,” says Minnick. “It has now been flipped to a badge of honor [for] people who are forging their own path and doing what they want to do in the winemaking world.”

That renegade spirit is what inspired Minnick and his partner, Stewart McLennan, to found the Garagiste Festival in California. Now in its eighth year, with events in Paso Robles, Solvang, Sonoma and Los Angeles, the Garagiste Festival celebrates small-batch winemakers—“microwineries,” as Minnick calls them—who, like those garagistes back in France, take a more adventurous, anti-commercial approach to making their wine.

At the festival’s most recent stop in Solvang, 42 microwineries from all over California, most producing 1,000 cases or less a year, poured samples of over 200 of their wines, showcasing a range of varietals, styles and techniques far beyond what you’ll find at the supermarket. There were bone-dry rosés made from Tannat and Tempranillo; pale Pinot Noirs made surprisingly robust thanks to a technique called whole cluster fermentation; unfiltered, unoaked Chardonnays bursting with tropical fruit flavors and single varietal Petit Verdots as dark as squid ink. Not everything being poured was a winner, but the best garagiste wines can be strikingly complex and unexpected, with flavor profiles closer to earthy, European-style wines than the juicy, fruit-forward stuff for which California is best-known.

Though some garagiste winemakers align themselves with the natural wine movement, which combines organic or biodynamically grown grapes with naturally occurring yeasts and minimal intervention in the fermentation process, it’s not a term you hear used often at the Garagiste Festival. Natural winemaking comes with its own set of rules and garagistes, by temperament, are rule breakers. But the two movements share some common ground, as Minnick notes: “The nature of small-production winemaking is minimal intervention. It just produces better wine.”

Often, the winery owners and winemakers at the Garagiste Festival are as interesting as the wines themselves. At one table, a man in a Ramones T-shirt and sleeve tattoos named Mark Blatty poured samples of his winery’s first release, a co-fermented blend of Syrah and Cabernet Franc. His winery, Byron Blatty, only made two barrels of the stuff, enough to produce just 50 cases. “We were just planning on Syrah but we didn’t have enough,” he admitted. “The Cab Franc was picked on the same day, so we blended them together.” They sold out of the rich, smoky wine in just six weeks. “Wally’s still has some, I think.”

Like many garagistes, Blatty and his wife Jenny tinker with different blends and techniques not just for the sake of experimentation, but to express a particular terroir—that combination of soil and climate that makes each winemaking region unique. In their case, they’re focused specifically on wines grown within L.A. County, especially those from the little-known Antelope Valley AVA (American Viticultural Area). Their next release, a Grenache/Merlot/Syrah blend, is called Tremors after the fact that the grapes came from three vineyards that run along the San Andreas fault.

Elsewhere around the festival, a former Navy fighter pilot named named Hal “Bull” Schmitt and his wife Victoria repped Paso Robles with their label, Volatus Wines. Among their offerings was an inky, single-varietal Tannat dubbed Bloody Well Right after a song by Victoria’s father’s band, Supertramp (he’s the drummer). Across from them, a 26-year-old winemaker from Monterey County named Marin Wolgamott poured tastes of four different styles of Viognier, a white grape increasingly popular for its floral aromatics and peachy taste. Her winery is called Marin’s Vineyard, but it’s not a vanity label; her parents named it after her when she was just nine years old.

Minnick and his Garagiste Festival co-founder McLennan are both winemakers themselves and occasionally pour at their events, as well. In Solvang, Minnick was offering tastes of a Pinot Noir from his winery, Hoi Polloi, dubbed Illicit—so-called because, in true renegade fashion, he was not at liberty to reveal the vineyard from which he had obtained his grapes.

“I piggybacked with another winemaker. The guy makes some of the best Pinot I’ve ever had, so I asked him if I could get some of his fruit and he said, ‘Yeah, I’ll get you some fruit but you can’t tell anybody where you got it,’” he explained. “This vineyard is so high-end they have to approve everyone who makes wine from their fruit. We got a big score on this wine, so now I guess we’re worthy and we’ll have the vineyard name on there next time.”