Home Uncategorized Food Truckin’ in L.A.: Make a Day of It 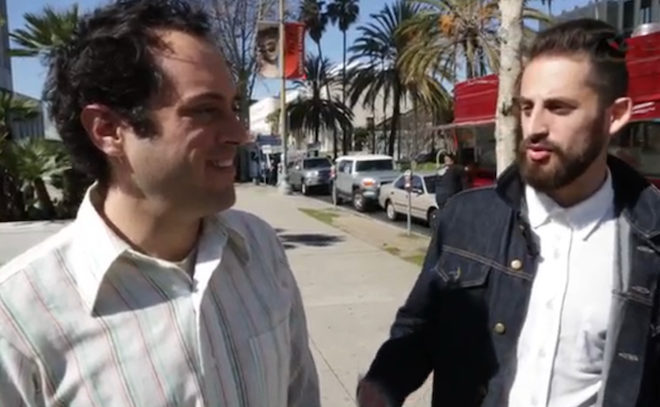 Eli and Max Sussman both wear size 10 shoes. They both sport facial hair. They live together in Williamsburg, NY. They are brothers in food. Max was, until recently, the sous chef at the (New York Times 2-star) Roberta’s in Brooklyn. Eli works at the critically acclaimed Mile End Deli, also in Brooklyn. (Full disclosure: we know Eli because he used to tramp around L.A. doing important stuff.) The two of them have just written (another) cookbook called, naturally This is a Cookbook, and now they’re doing some TV.  Because they’re badass like that.

This brings us back to L.A., where a recent episode of the Sussman brothers’ “Truckers in the Wild” was filmed. We don’t want to spoil it, but watch the brothers climb into the bed of a truck on Wilshire to taste burgers. Then, watch them get schooled in Mexican-style wrestling, with those colorful masks and everything. It’ll make you love L.A. even more.

“Truckers in the Wild” on VICE.