Home Philanthropy A Local Nonprofit Just Reached an Incredible Milestone in Its Fight Against... 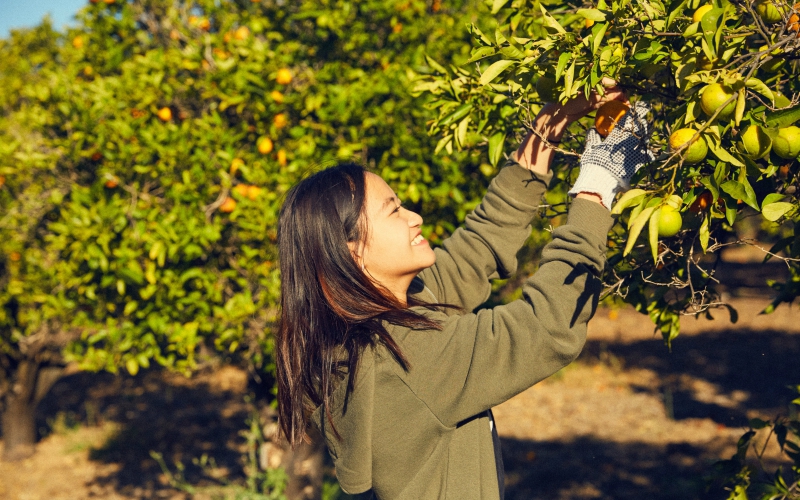 Food Forward, a North Hollywood nonprofit that connects surplus produce with people in need, hit a major milestone this week. Since the organization’s launch in 2009, it has rescued and donated 50 million pounds of produce. Food Forward’s founder and executive director, Rick Nahmias, put that number in perspective. “A Boeing 747 that’s fully loaded weighs close to a million pounds, so that’s about fifty jumbo jets.” If it’s easier to think in terms of food, he says, “A box of produce weighs 40 pounds, so that’s one and a quarter million boxes of produce.”

Since Nahmias first put together a small team of volunteers to pick and donate unwanted fruit from backyard trees in the San Fernando Valley—read more about Food Forward’s backstory in this 2016 article—the organization has grown into an official nonprofit with 26 staffers. Food Forward’s work is still based in Southern California, but the geographical area it covers is steadily increasing. Nahmias says, “We’re seeing our food reach everywhere from the Mexico border in San Diego up to Santa Barbara. We calculate that over 1.75 million people receive produce from us every year.”

Food Forward’s anti-hunger efforts have attracted national attention. “Today, we received our third consecutive win from the EPA’s Food [Recovery] Challenge, and we’re the only nonprofit in the country to have won that three years in a row,” says Nahmias. He believes the nonprofit’s success is related to L.A.’s consciousness around food waste. “People get it. They realize that food waste and hunger are inextricably related, and that by helping with one of those issues, you’re helping with both.”

Want to ensure Food Forward continues to grow? If you have more fruit in your yard than you can use or you want to help with an upcoming harvest, check the list of volunteer opportunities on their website. You can “volunteer” your fruit trees without volunteering your time, and there’s no special training or ongoing commitment required. Nahmias says, “We do approximately 150 to 200 volunteer-powered events every single month, in every part of the county. If you check our website, you’ll find something within a few miles of your zip code.” More than 7,000 people have volunteered with the nonprofit over the years, and their efforts are crucial to the organization’s success. “The more volunteer engagement we have, the more we can do, and also, the more funding we get from local foundations that understand our work, the more we can do. The goal of our work is really to rescue more produce and feed more people.”

Food Forward’s annual fundraiser, the Spring Melt, is coming up on March 24 at Henson Studios. Nahmias describes the event as an “anti-gala” because it’s both more sustainable and more fun than a typical nonprofit fundraiser. He says, “It’s a way to see the organization, sample food from amazing chefs, breweries, and distilleries—and all of the proceeds support us.” Tickets start at $175 and are expected to sell out.

RELATED: Can Fruit Save Our Food Waste Problem

Salt & Straw Is Debuting Five New Flavors in June, and They All Have Something Unexpected in Common

Can Fruit Save Our Food Waste Problem?