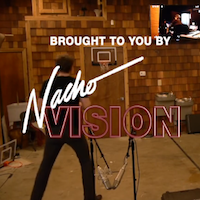 Kings of Leon, the band out of Nashville that’s been producing music since 1999, has a new video out for their song Temple. Helping to promote Kings of Leon is Nachovision, which has produced a series of behind-the-scenes videos about the band that chronicle their process and highlight a few of their unusual pre-show rituals.  When they play in Philadelphia, the pre-concert meal is a selection of the city’s best cheesesteaks. Up above, watch as the band picks their favorite for 2014.