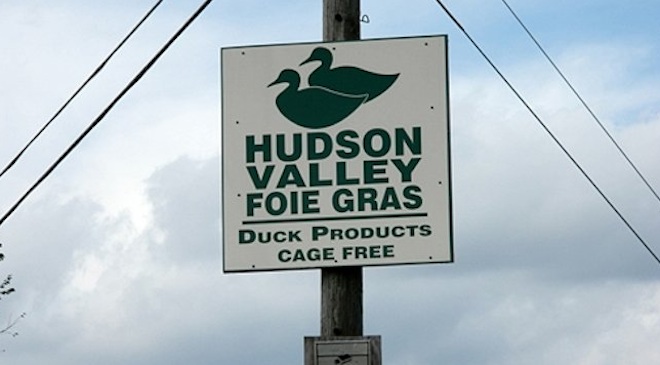 Per a release, Carter Dillard, the Director of Litigation at the ALDF, has recently been defending the ALDF’s stance on the mis-marketing of animal products. Hudson Valley Foie Gras, it seems, was telling everyone that it was the only humane producer of foie gras. It went so far as to label its products “the Humane Choice.” Understandably, the ALDF took issue with this silly (and highly exaggerated) messaging and threw a tube spewing high-calorie grain California’s False Advertising law (legalese here) in HVFG’s face.

Though it’s already illegal to sell foie gras in California, the ALDF continues its fight against foie because purchasers in California are still able to order Hudson Valley Foie Gras online. Additionally, no one knows who is supposed to enforce the law, and since foie gras can be given away for free, some chefs are opting to do just that. This isn’t the first time we’ve heard that people in California are still serving and eating foie gras. It’s also unlikely the last.