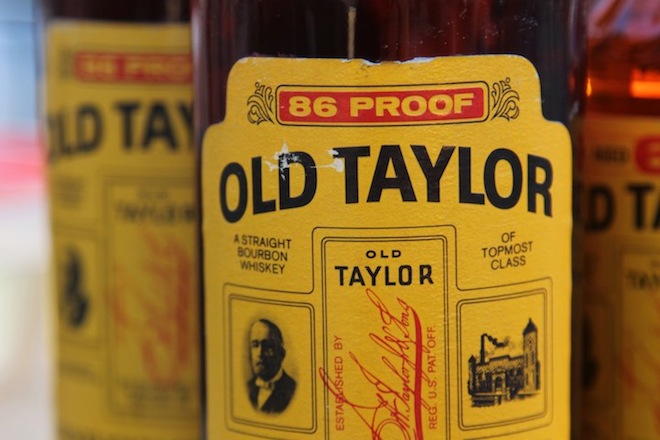 “You’ll try the tequila [at Old Lightning] and think, ‘This is the first time I’ve had tequila.’ It just nullifies everything you’ve tasted.” That’s big talk coming from barman Pablo Moix. Along with his business partner Steve Livigni, Moix is gearing up to open a booze geek’s paradise (Old Lightning) in Venice this June. Knowing these two, and their previous ventures (Pour Vous, Harvard & Stone) they might just be able to back up that big talk.

Although Old Lightning, which is still a long way off from being camera ready, took three days to come up with, its spirits inventory was years in the making. The boys have been curating their booze collection by scouring estate sales, lucking out at old, out-of-the-way liquor stores, traveling the world, and benefiting from very generous friends. They want to do for their small, 25-seat bar what sommeliers do for wine programs. “We really want it to get to the point where, when you come in you sit down, no matter what we serve you, we’re going to comfortably say, ‘Hey, this is the best, as far as our opinion, we can offer you,’” said Pablo.

Why would the guys break open bottles they had worked so hard to collect? Isn’t that a no-no in eBay Land? Apparently the Old Lightning space, which is part of Chef Antonia Lofaso’s yet-unnamed 5,000-square-foot restaurant, called for it. They wanted to do “the exact opposite of Harvard & Stone. Do all the things you couldn’t do having three or four hundred people coming in on any given night,” Steve said. “Serve the best booze, the best food, the best cocktails and give the best service. And know we can actually do it and not have to make excuses that we’re too busy or ‘there are too many hipsters.’”

Pablo and Steve are still working on their cocktail list but plan to feature 25 classic cocktails which will range from $10 to $20 and include their rare finds. “We’ve got some tequila from the ‘50s and some Cointreau from the ‘50s and that’s when they invented the margarita, with those specific bottles that we have. We might make margaritas one night,” said Steve. “They might be $25 because the bottles cost us a lot of money but when those opportunities are there we’ll mix them.”

But you won’t find infusions, foams or tinctures here. They want to bring good drinking back to the basics, as the bar’s name implies. (In cocktail lore, “Old Lightning” is the name of the fighting cock whose tail feather was used to stir the first “cock tail.”) “I don’t want to make homemade anything, I just want to make nice drinks and serve nice booze in a nice room and have a great time,” said Pablo. “My ‘foam’ is, ‘Hey, why don’t you try this really delicious tequila.’”

And, yes, there will be a dress code, even though Old Lightning is off Abbot Kinney and Washington and thus, near the beach. “We’re not going to let people in in flipflops and shorts. No beach attire. We’re not going to be as stringent as Pour Vous and La Descarga where people have to have jackets but we’re going to expect people to show up looking nice,” Steve said.

The guys just want their small bar, which will be done up like a swinging midcentury bachelor pad, to offer the neighborhood a chill, but classy, place to grab a drink. “There aren’t a lot of places on the Westside that have that nice, relaxed, chill vibe that follows through seven days a week,” said Pablo. “The way to ensure that is the room is small.”

By the way, if you’re on Twitter, Steve says to follow @oldlightningLA as he will Tweet whenever they break into one of their rare bottles. “We might just pop them open and be just, ‘Come on down here, we’re going to be making Daiquiris with some Havana Bacardi till the bottle’s gone and we got no more.’”