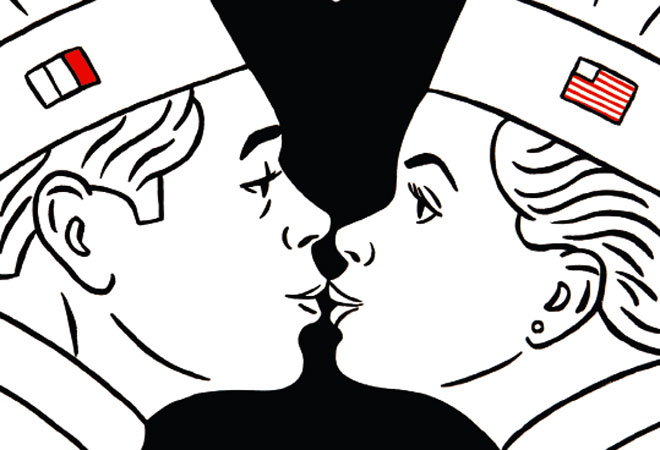 Le Fooding is pretty much the anti-Michelin. Founded in 2000 by French journalist Alexandre Cammas (and as profiled in the New Yorker in 2010), Le Fooding has turned classic French fine dining on its head with a series of guidebooks that shun all trappings of traditional European restaurant culture in favor of hailing the honest chef, the casual bistro, and the unabashed original dish. They’re also known for throwing some pretty incredible bashes around the world, including one in Brooklyn last year that brought together chefs like France’s Pierre Hermé and Danny Bowien of Mission Chinese Food. This April, Le Fooding is coming to L.A. for a massive two-day food happening at MOCA Geffen, in partnership with San Pellegrino, Veuve Clicquot, and Cheeses of France. Eleven French culinary giants, such as Grégory Marchand (Frenchie) and Inaki Aizpitarte (Le Chateaubriand), will join ten of L.A.’s own chef superstars like Ludo Lefevre, Roy Choi, Jordan Kahn, Nancy Silverton, and Josef Centeno for a tasting extravaganza.

They try to keep these things intimate, so tickets, which go up for general sale on April 2, will be selling out FAST. But you, dear reader, are ahead of the game. Le Fooding has offered Digest readers (exclusively MasterCard® holders) early access to tickets for the April 26 and 27 events. Starting today through April 1, Mastercard holders can go here to buy tickets in any of the three tiers, from $50 general passes to $125 MasterCard® Priceless® experiences:

3.MasterCard® Priceless® Crush Ticket holders arrive at 6 p.m.; (passes are $125, including an exclusive pre-tasting, cheeses from France, S.Pellegrino water + complimentary Veuve Clicquot from 6 to 7 p.m. + access to the guest-only backstage area by the DJ booth, featuring an additional chef and a waiting service). This ticket is available for MasterCard® cardholders only.

General sale on www.legrandfooding.com will open on Tuesday 2nd April at 9am. No matter what means of payment they use, everyone will be able to buy $50 Le Tasty Ticket and $80 Le Clicquot Crush ticket. However, if some $125 Le MasterCard®  Priceless® Crush tickets are left by then (there are very few of them), these ones will stay only accessible to MasterCard® holders.

See you there. Bon appétit!