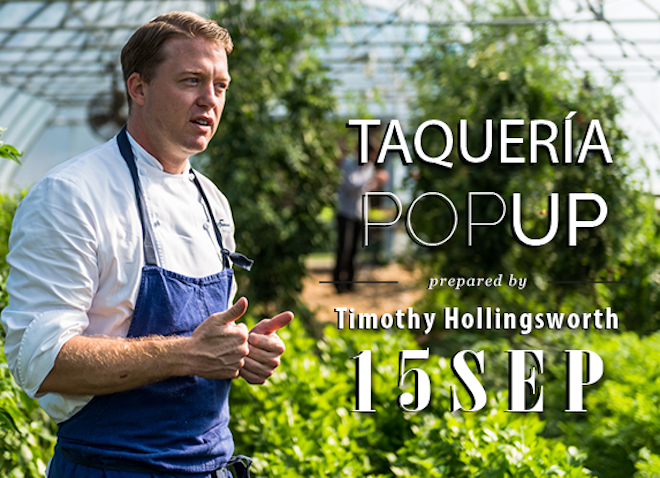 Image courtesy of The Strand House

What: Chef Tim Hollingsworth, who is currently working with Michael Zislis of the Zislis Group (Circa, The Strand House), and who was, until last year, at The French Laundry, is preparing to open a taquería in Los Angeles. The chef told us earlier this year that he moved to L.A. for the weather and proximity to the surf, but he’s also keen on experimenting with Mexican flavors. Though he is still looking for a location, Hollingsworth plans to open his own restaurant late this year or early next.

Later this month, Hollingsworth pops up at The Shade Hotel to test out tacos for his new concept. The three course menu includes riffs on classic dishes like cochinitas pibil and a taco called Gringa, made with pork, cotija cheese pineapple, onions, and cilantro.